Report: Chris Bosh Likely to Be Cleared to Play in Few Weeks 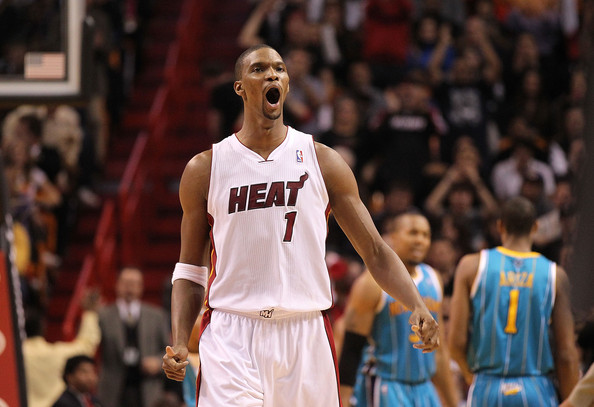 The continuing uncertainty over the status of Miami Heat forward Chris Bosh has made what was already a shift-changing summer for the team even more chaotic. However, there are now reports that Bosh could be cleared to play soon.

That’s because Barry Jackson of the Miami Herald reported on Sunday morning that Bosh’s original plan to take a new form of a blood thinner in order to play is gaining more credence with the team’s front office.

“There is growing optimism about Chris Bosh being cleared by the Heat to resume his career while remaining on blood thinners, according to a union source,” says Jackson.

The Heat had originally rejected the idea and ordinarily, doctors and medical personnel strongly advise against any athletic activity while taking this type of medicine. However, the rapid speed with which these new thinners disappear would conceivably eliminate that concern.

The prospect of Bosh being forced to sit out one of the games played on consecutive days is very likely. However, given the alternative of Bosh not playing at all, the Heat seem more inclined to accept that reality.

Jackson also points out that NHL player Tomas Fleischmann receives anticoagulant injections after playing in games and has not seen his health compromised.

Bosh has watched his past two seasons end abruptly after the All-Star break due to blood clot issues. In 2015, he had life-threatening issues related to clots moving to his lung, though he was able to return to the court until the problems again resurfaced this past February.