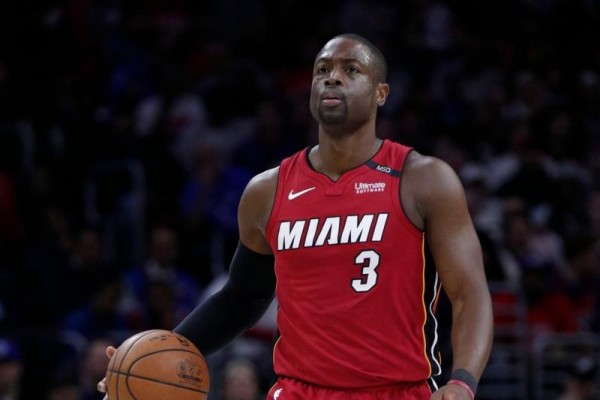 Veteran Miami Heat guard Dwyane Wade has yet to make a final decision on whether or not he’ll return for another season with the team. As he concludes a business trip to China, one report indicates that a Chinese team is allegedly prepared to offer him a lucrative contract to continue playing.

Chinese basketball reporter Zhang Duo indicated that the apparent offer to Wade from the Xinjiang Flying Tigers would be “a monster” deal.

Wade would be playing in his 16th NBA season if he re-signs with the Heat and would reportedly be making $5.3 million, which is the league’s taxpayer mid-level exception. However, if the Heat fail to offer that option, he’s expected to retire.

That price point would seem to dispel the idea of Wade heading to China, since the highest paid international player is currently Russian Alexey Shved, who signed a $10.2 million deal last year over three seasons.

Tim Reynolds of the Associated Press quoted Wade, who was still in the midst of his visit to promote the unveiling of his “Way of Wade 7” sneaker from the Chinese-based company Li-Ning:

“When I get back from China, I’ll focus on that. Right now, I’m focused on the game after basketball. Whatever happens in basketball, it happens. I’ve done everything that I can to this point to put myself that I’m in this position I am today, where I can do something that hasn’t been done globally yet. The basketball will take care of itself. I’ll sit down and figure that out once I get back from this tour at some point.”

Last season, the 36-year-old Wade received a buyout from Chicago Bulls just prior to training camp, after playing one season with the team. He subsequently signed a one-year contract with the Cleveland Cavaliers for the veteran’s minimum salary of $2.3 million, but was traded back to the Heat on Feb. 8 when the Cavaliers revamped their roster.

Splitting time between the two teams, Wade averaged 11.4 points and 3.4 assists in 67 games. He helped the Heat reach the postseason before their season ended in a five-game opening-round series loss to the Philadelphia 76ers.
[xyz-ihs snippet=”HN-300×250-TextnImage”]