Report: Chicago Bulls Tried to Package No. 1 Pick in 2008 in Attempt to Acquire Dwyane Wade 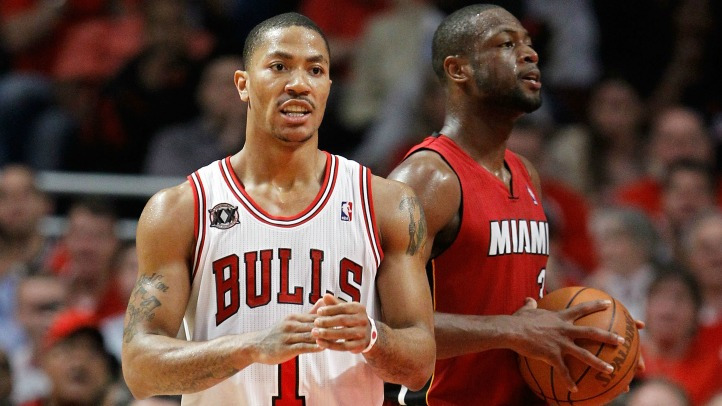 Relayed in a report by Chad Ford of ESPN.com, the Bulls attempted to package the No. 1 pick in the 2008 NBA Draft to procure Wade.

“The Chicago Tribune has reported that the Bulls could attempt to use the first pick in the draft to acquire Dwyane Wade,” Ford wrote.

The Bulls never traded the illustrious No. 1 pick. Instead, the golden pick materialized in the form of superstar guard Derrick Rose.

The flashy assassin lived up to the hype of being the No. 1 pick in the 2008 draft. As a matter of fact, Rose became the youngest MVP in NBA history when he won the prestigious award in 2011.

However, injuries derailed the explosive guard’s career. He currently plays for the Detroit Pistons.

Wade, on the other hand, never won an MVP award but concluded his career with other major accomplishments. Most notably, he is a three-time NBA champion and the Heat’s all-time leading scorer.

While the Bulls didn’t acquire Wade during the acme of his career, they did sign the All-Star in the summer of 2016. However, Wade returned to Miami in 2018 and finished his storybook career as a member of the Heat in 2019.