Don't Miss
Home / Rumors / Report: Celtics Imploding in Locker Room as Players Cuss Each Other Out and Throw Things

Report: Celtics Imploding in Locker Room as Players Cuss Each Other Out and Throw Things 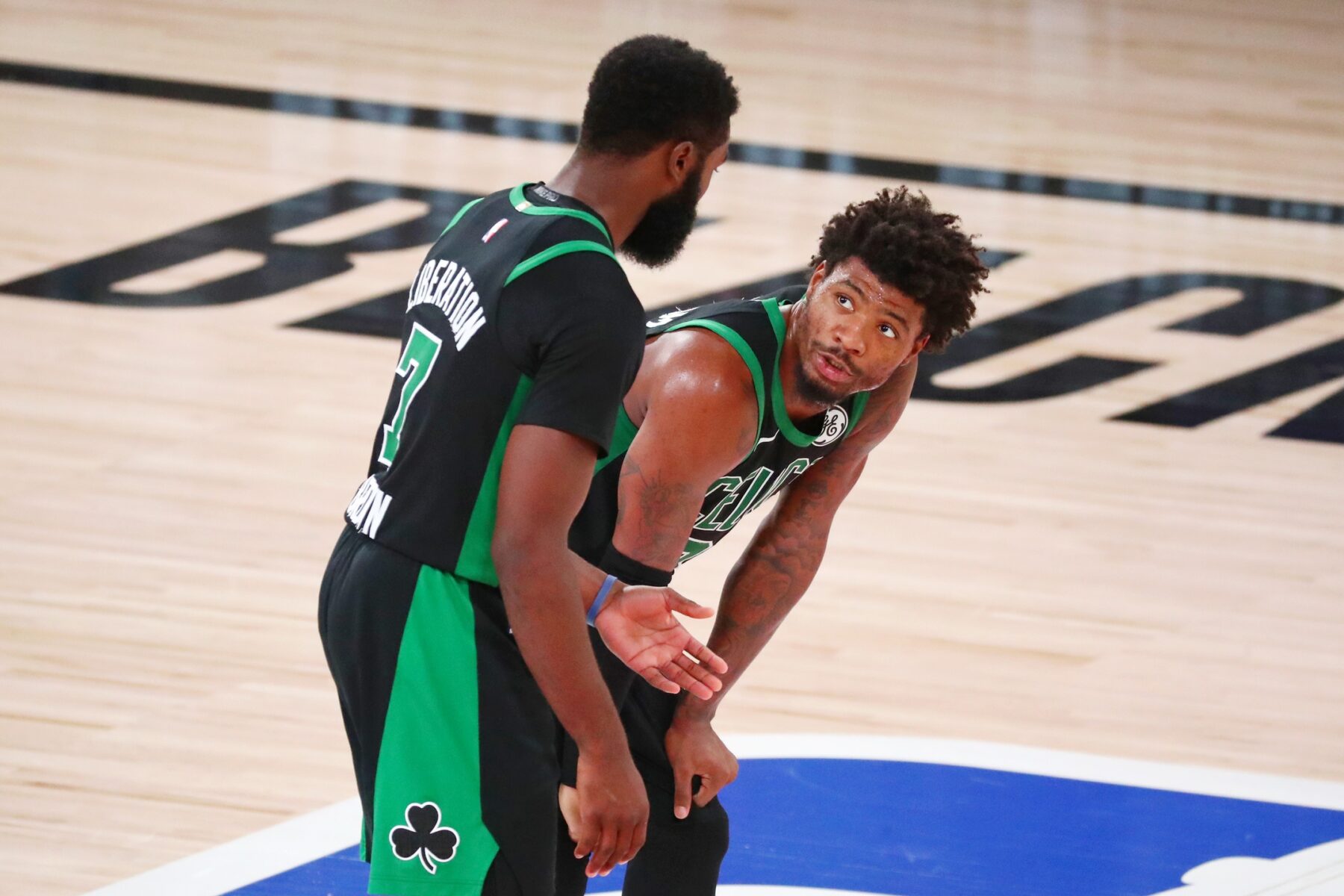 The Miami Heat have not only been pulling off upset win after upset win of late, they also have been seemingly ruining the morale of their opponents.

After his team lost to the Heat 106-101 in Game 2 of the Eastern Conference Finals, Boston Celtics guard Marcus Smart let his frustration out.

Smart wasn’t the only one yelling. There were definitely items thrown and a lot of yelling. #Celtics

Smart and his teammates had trouble throwing a pea into the Atlantic Ocean in the second half, as they scored just 41 points after putting up a robust 60 in the first half.

Miami broke open the ball game in the third quarter by dominating to the tune of a 37-17 advantage in the period.

Just recently, it also seemed to break the morale and spirit of the team that posted the league’s best regular season record.

In the previous round, the Milwaukee Bucks were the prohibitive favorites to not only defeat Miami, but to also reach the NBA Finals.

Instead, the Bucks were hit by a Category 5 hurricane as they lost to the Heat in a gentleman’s sweep. As a result, Giannis Antetokounmpo’s future with the team is in serious doubt.

Miami is now just two wins away from its first trip to the championship series in six years.