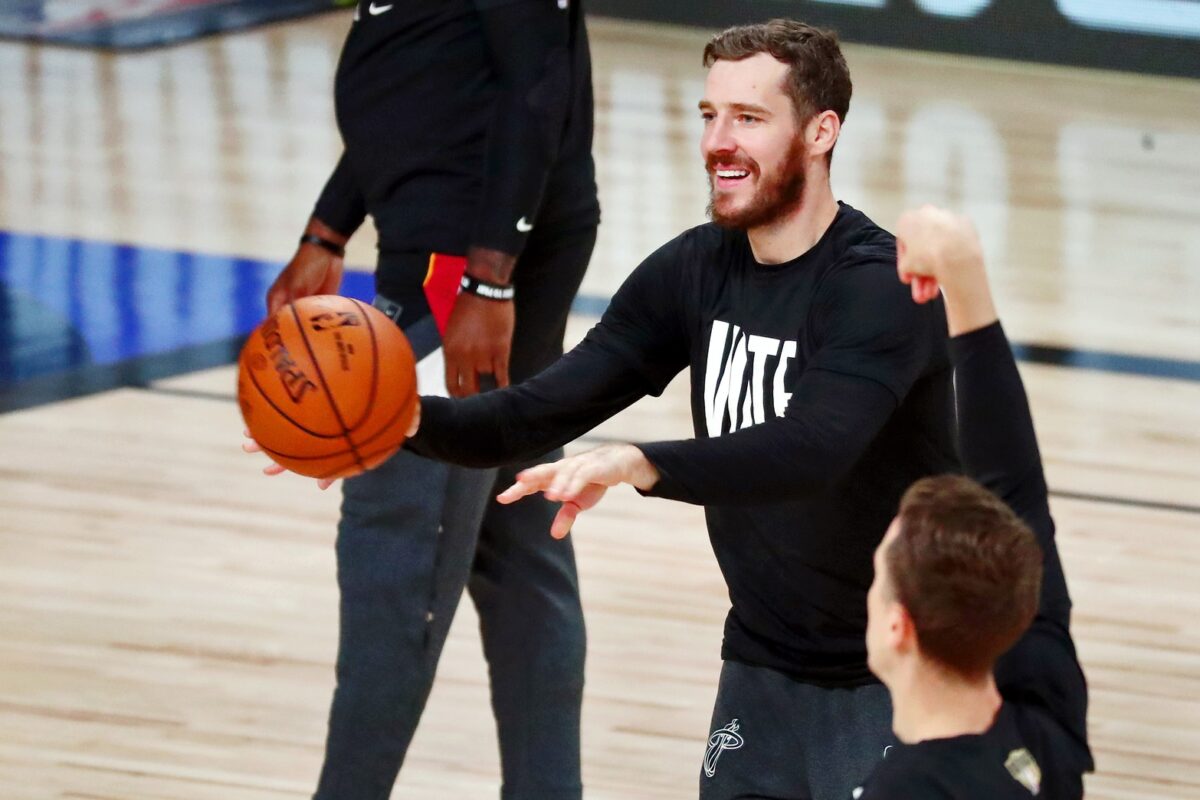 With the 2019-20 NBA season officially in the books, the Miami Heat will turn their attention to offseason moves.

During this offseason, one of the team’s highest priorities will be bringing back Goran Dragic, as the two sides appear to have mutual interest in getting a new deal done.

“The Heat will look to re-sign Dragic, and with the organization prioritizing flexibility it could mean a shorter-term contract offer,” wrote Shams Charania. “After a standout postseason, Dragic also will have several interested parties. There’s mutual interest in a new deal for the Heat and Dragic, who was Miami’s second-leading postseason scorer with 19.1 points per game.”

Although the NBA Finals didn’t go as planned for Dragic due to a foot injury, the veteran point guard played well throughout the team’s playoff run, making it no surprise there is interest in a reunion between both sides.

Dragic averaged 16.2 points, 5.1 assists and 3.2 rebounds per game during the regular season for the Heat. His scoring and rebounding improved during the postseason, with the veteran guard averaging a playoff career-high 19.1 points and 4.4 rebounds in 17 games.

At 34, Dragic may not have many years left in his playing career, but he’s proven to be a solid asset for the Heat in the background and, as a result, will likely be in Miami a little longer.