Miami Heat Rumors: Pat Riley and Heat Not Out of Running for Kawhi Leonard 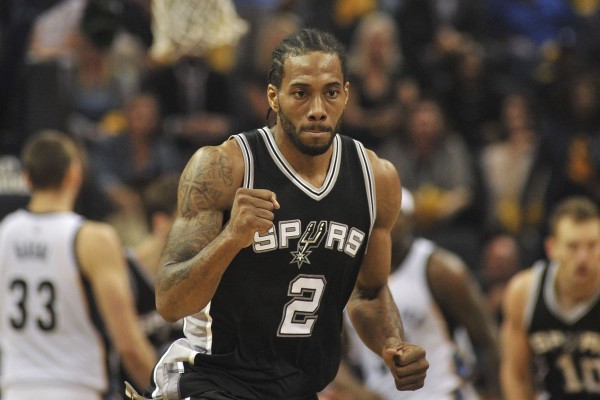 In the wake of the meltdown in the relationship between the San Antonio Spurs and their star forward, Kawhi Leonard, a number of different NBA teams have been jockeying for position in an effort to acquire the disgruntled player. Despite the fact that Miami Heat have not been prominently mentioned among those teams, one NBA insider believes that the persuasive influence of Heat team president Pat Riley could be a hidden asset to get such a deal done.

Fresh intel: Don't count #Heat out in @kawhileonard sweepstakes. I personally believe #Sixers are the favorites, but I never underestimate Pat Riley. If he can get Kawhi, then guess who he can go after on July 6?

By moving @hassanwhiteside for pennies on the dollar. There are teams near HW's hometown of Newark, N.J. who would kick the tires. https://t.co/z1dRMokPAd

That unmentioned player in Sheridan’s first tweet presumably references former Heat forward LeBron James, who opted out of the final year of his contract with the Cleveland Cavaliers on Friday. James could be enticed to sign with whatever team ends up with Leonard, given the latter’s impressive resume of two Defensive Player of the Year awards and the 2014 NBA Finals MVP.

Exactly which players the Heat could package in any proposed Leonard deal is unknown, but trading Hassan Whiteside would help create the needed salary-cap space to make the acquisition. Leonard is scheduled to make $20.1 million for the 2018-19 season, while Whiteside will make $24.4 million. Of course, also fitting in James’ potential salary would also require some vigorous salary gymnastics.

Sheridan does hint that Goran Dragic might be a possible trade piece, with the veteran scheduled to make $18.1 million for 2018-19:

Regarding one suggestion of a package involving Dragic, Justise Winslow and Bam Adebayo, Sheridan appears reluctant to deal away Adebayo, who doesn’t turn 21 until next month and put together an effective first season:

Bam is going to be a spectacular player. https://t.co/0x9YTFE1R8

That breakdown between the Spurs and Leonard stems largely from his struggles in recovery from a right quad injury that kept him off the court for much of the past season. While the team has taken steps to smooth over the situation, trade speculation has flourished. One of the most frequently mentioned destinations for Leonard in this instance has been Riley’s old team, the Los Angeles Lakers.

Sheridan’s listing of the Philadelphia 76ers as the actual favorites in such trade talk is connected to the trade-friendly young talent on their roster that could be sent to the Spurs.

Should Riley manage to beat the odds by first acquiring Leonard and then signing James, the Heat would immediately become one of the favorites to win the Eastern Conference. Eight years ago, the Heat were not seen as contenders to sign James, but Riley managed to get it done. Accomplishing this feat would far surpass that effort.
[xyz-ihs snippet=”HN-300×250-TextnImage”]