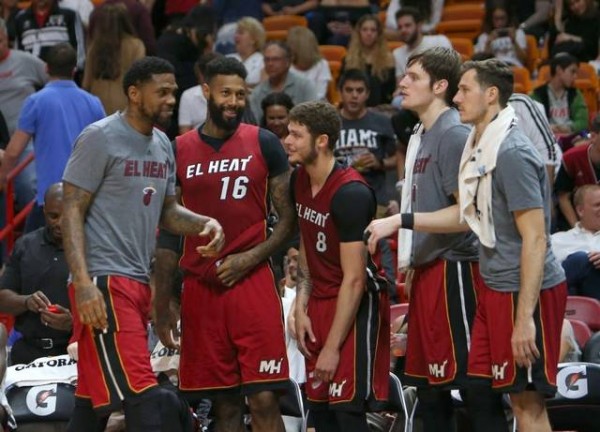 In one of the more stranger NBA stories in recent memory, it appears that the Orlando Magic may have just leaked out some crucial information regarding their offseason plans. The leak comes in the form of a photograph taken by a player’s agent.

Since the photo was tweeted out, Magic general manager Rob Hennigan has told the Orlando Sentinel that the lists are “not indicative of plans” and were “simply listing options, including some of which other teams have inquired about.” However, it seems hard to believe that this isn’t a list of players that the team clearly plans to pursue in the offseason.

The picture was taken to celebrate the team’s signing of Argentinean swingman Patricio Garino. Unfortunately for Orlando, it also included a list of notable names on a dry erase board. Looking a bit closer, one can plainly see some of the names include Miami Heat players. 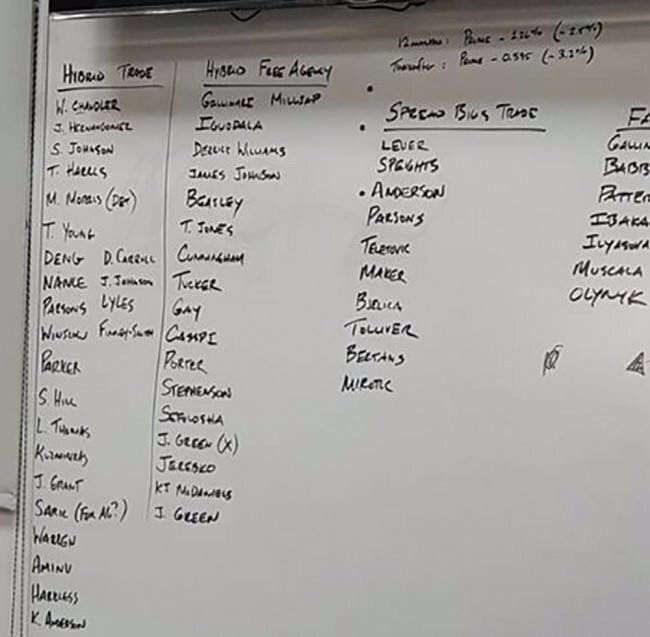 One of those names is evidently James Johnson. Johnson’s name is written in underneath the “Hybrid Free Agency” column. Johnson is having a career year in Miami this season and will likely receive some very enticing offers from a handful of teams before next season, so this isn’t a major shock to most. Regardless, it’s never helpful to show one’s hand before it’s played.

Justise Winslow appears to be on the list under the “Hybrid Trade” column despite missing most of the 2016-17 due to injury. It also appears that Luke Babbitt is on the Magic’s list as well. The name “Babb” appears on the far right side of the photo before it is cut off from view. There are several other interesting names on the list from other teams, as well.

There’s no doubt about it: This is certainly a bad look for the Magic.

At the same time, it’s good to know that the Heat and head coach Erik Spoelstra have done such a good job with guys like Johnson, Winslow and Babbitt, that they are seemingly raising the eyebrows of opponents and scouts.
[xyz-ihs snippet=”Responsive-ImagenText”]