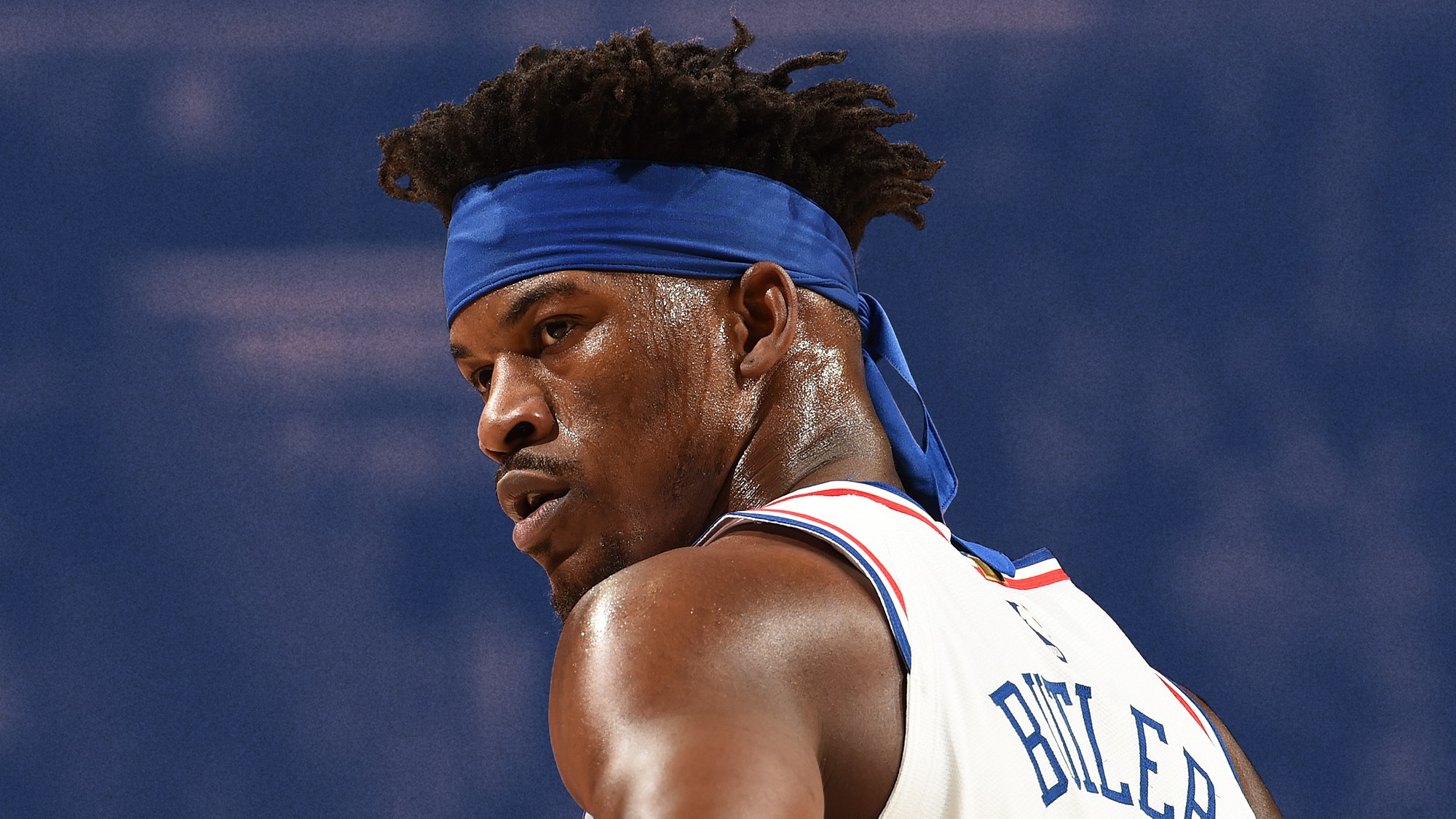 Miami Heat star Jimmy Butler is known for expressing himself on and off the basketball court.

Last season, one form of self-expression that Butler took part in was wearing the ninja-style headbands that became quite popular throughout the season.

Per a Monday report, Butler and the rest of the NBA stars who took part in the new flare will have to find a new way to wick away sweat.

Bass: "When some players began wearing them last season, we didn't want to cause a disruption by intervening midseason…" NBA notified teams in May that the headwear "would not be a part of this seasons uniforms." https://t.co/23IjTaoT8v

Competition Committee is discussing issue in meetings today. As Bass said, teams raised concern about size, length "how they are tied which requires a thorough review before consideration of any rule change." Among players who wore them: Jimmy Butler, Jrue Holiday, Jarrett Allen. https://t.co/Agak7SLS9V

It’s something of a letdown to see the NBA disallow the flashy headgear and it will certainly reduce the level of individuality that players can express on the court. As the report indicates, other players that regularly donned the bands last season included point guard Jrue Holiday and big man Jarrett Allen.

As the 2019-20 regular season quickly approaches, it will now be up to players to find a new way to personalize their looks on the court. Considering Butler’s reputation, it likely won’t be all that difficult for him to find a way to separate himself from the pack.