Miami Heat Rumors: LeBron James Not Ruling Out Return to Heat Next Season 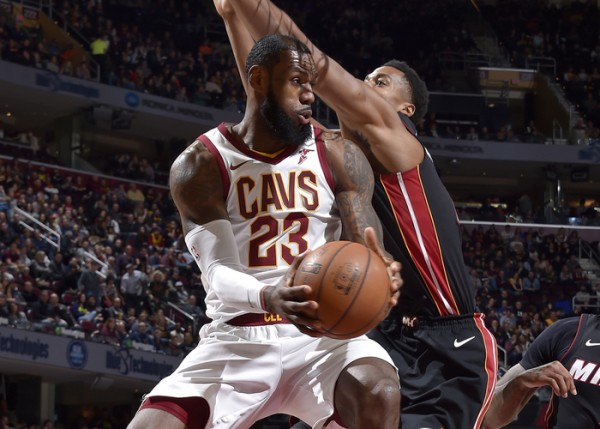 The four seasons that LeBron James spent as a member of the Miami Heat saw the franchise reach the NBA Finals in each season and, more importantly, win league titles in both 2012 and 2013. With James presumably again entering the free agent market this July, the possibility of returning to the team reportedly hasn’t completely been dismissed.

.@ChrisBHaynes tells us now on @ESPNLosAngeles if these teams had a max slot LeBron would listen to them b/c he respects them. Teams are the Warriors, Spurs, & less so the Heat (b/c he's been there done that). Wouldn't rule out Lakers, Cavs & Rockets. No Clippers.

Returning to Miami would offer some symmetry to James’ career, considering the 15-year veteran began it in Cleveland before taking his talents to South Beach in 2010. In July 2014, he returned and led the Cavaliers to the franchise’s first-ever NBA title in 2016. While he’s technically signed through next season, he’s expected to officially opt out of his deal after the conclusion of the Finals.

Coincidentally, the Cavaliers and Heat played in Cleveland on Wednesday night, with James, former Heat legend and current Cavalier Dwyane Wade and Udonis Haslem getting together off the court during the visit. The Instagram post below came after the rumor about James supposedly considering the Heat surfaced.

Great/fun times last night as always when we get together! Love my bros! @dwyanewade @ud40. Let’s continue it as we’ve always have ✊????

James and Heat team president Pat Riley have a tenuous relationship, though Riley’s basketball sense would likely override any lingering bitterness over James’ previous departure. Whether or not James actually has Miami in his sights will likely have to wait another five months before a definitive answer can be offered.
[xyz-ihs snippet=”HN-300×250-TextnImage”]