Miami Heat Rumors: LeBron and Bosh Open up to the Media About Free Agency 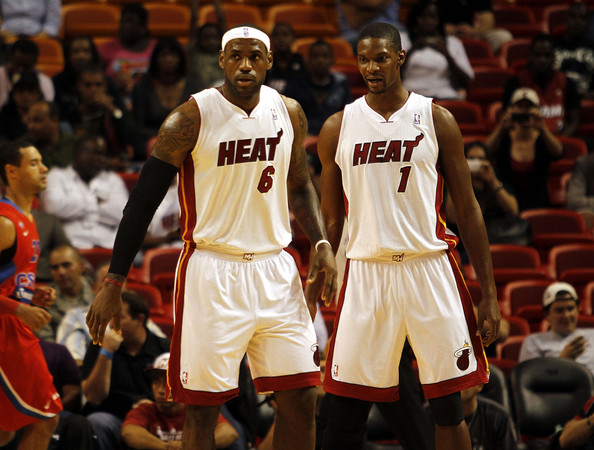 For the first time since the heartbreaking loss in the NBA Finals to the San Antonio Spurs, LeBron James and Chris Bosh drop hints about their upcoming free agency.

Bosh: “I want to be here. This is my second home. It’s always been important to me to be able to compete and I can do that here.”

Bosh (cont’d): “I love working here. And we’re competing. We have a chance every year and that’s a great thing.”

Bosh said it’ll be easier for Big 3 to get on same page on option discussions than four years ago. Doesn’t see why this would end now.

LeBron says he, Bosh and Wade will have a conversation about future. “We’ve earned that for each other.”

LeBron says he doesn’t need to hear from Heat. “I understand what this team, this franchise, brings to the table.”

LeBron, on this potential free agency, “I feel far more at ease this time. 2010 was out of control. I’m definitely in a better place.”