Miami Heat Rumors: Lack of Interest in Mario Chalmers Due to Overstuffed Rosters 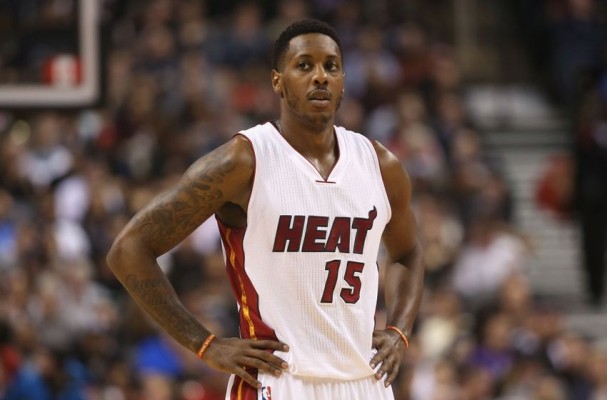 It may not be the right time for the Miami Heat to trade Mario Chalmers after all.

Ira Winderman of The Sun Sentinel reports that Chalmers has yet to be traded due to overstuffed training camp rosters. Because NBA teams are about to enter training camp in a couple of weeks, there just isn’t much room to add Chalmers at the moment.

Winderman followed up by stating that a market for the seven-year veteran could open up once injuries happen and teams begin to part ways with players as they prepare for the regular season.

The Heat have been shopping around the veteran point guard in an effort to lower their luxury tax bill. Chalmers has one year left on his contract at about $4.3 million.

Another reason Miami may be wise to hold on to Chalmers is the fact that they have no proven backup at point guard. While Goran Dragic is entrenched as the team’s starting point guard, Tyler Johnson and Josh Richardson are the other guards capable of playing point. Johnson played mostly shooting guard last season, while Richardson is just entering his rookie season.

It’s looking more and more likely that the Heat will hold on to Chalmers entering the regular season. As the season progresses, Miami should find more of a market for its veteran point guard.
[xyz-ihs snippet=”Responsive-Ad”]