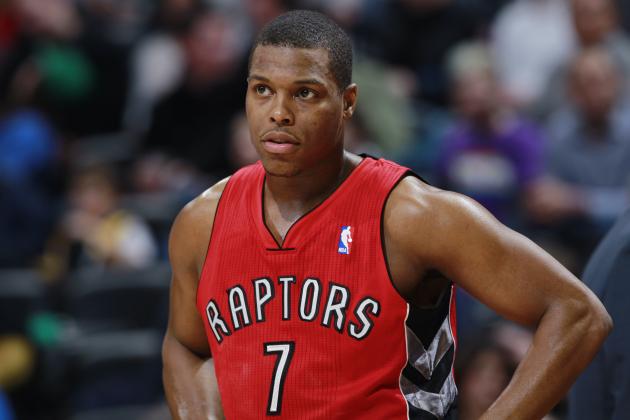 Despite losing the NBA Finals to the San Antonio Spurs just 48 hours ago, Miami is still one of the most sought out destinations for great players.  Toronto Raptors guard Kyle Lowry is the most recent player rumored to have an interest in joining forces with LeBron James and company in South Beach.

Although James, Dwyane Wade, and Chris Bosh can all opt out of their contracts with the Heat and test the free agency market, signs are pointing to the “Big Three” restructuring their contracts to allow for more cap space to add yet another impact player to the roster.

According to Brian Windhorst of ESPN, Lowry, “has a mutual interest with the Heat.”

Windhorst, like James an Akron native, has covered James his entire career, first with Cleveland’s largest newspaper the Plain Dealer and subsequently was hired by ESPN to cover the Heat when James joined forces with Bosh and Wade in 2010.

With Mario Chalmers set to become an unrestricted free agent and his inability to be effective in the NBA Finals, Miami is looking to add another point guard with Norris Cole being the only one who is guaranteed a contract in the 2014-2015 season.

Lowry is a true point guard, a floor general who has the ability to score at will off the dribble with a devastating crossover, something the Heat has not had in the “Big Three” era with Chalmers. Last year, Lowry led the Raptors, averaging 17.9 points and 7.4 assists per game, reaching the playoffs for the first time since Bosh played in Toronto. Lowry, is a born leader, who plays with a gritty style, able to lock down opposing point guards and also possesses the ability to knock down open shots from behind the three point line, a must in Miami’s offense.

Lowry shot a career best 38-percent from the three point line last season and is a career 35-percent shooter from deep.  Amongst point guards, Lowry ranked 13th last season in three point field goal percentage and ranked 3rd in attempts. Although Chalmers has similar statistical averages shooting the ball from three point land, his inability to defend and orchestrate the Heat offense proved problematic against Tony Parker and the San Antonio Spurs in the NBA Finals.

It has been well documented that Lowry and Raptors Head Coach Dwane Casey, a former 1978 NCAA Champion point guard with the Kentucky Wildcats, did not see eye-to-eye, specifically in the start of the 2013-2014 season but found a way to put their differences aside in order to make a playoff run.

Coming off of his best statistical season, Lowry has earned the ability to either resign with the Raptors or join another team that financially is capable of offering him a contract that would make him a top-10 paid point guard in the range of 10-15 million per year.

Miami can offer the stature of championship contention and don’t forget the fact that Florida does not have a state income tax. With “mutual interest” between the Heat and Lowry being reported, it appears at face-value that he is willing to entertain the notion of taking a pay cut, as many others have, to join forces with the “Big Three” for a chance to win multiple championships.

Lowry has not made any official comment about his free agency or where he would like to play, yet it is not far-fetched to assume the validity of the report.  On the contrary, the report could be the savvy work of his agent to ignite the Raptors to possibly overpay Lowry in a return.

Although the signing of Lowry makes sense for Miami, there are a plethora of talented players hitting the free agency market including Luol Deng, Pau Gasol, Chandler Parsons and let us not forgot the most coveted, Carmelo Anthony. Free Agency officially begins July, 1st but the rumors are already swirling and we will have to wait and see which ones carry legitimacy and could come to fruition.