Miami Heat Rumors: James Ennis at Risk of Being Cut 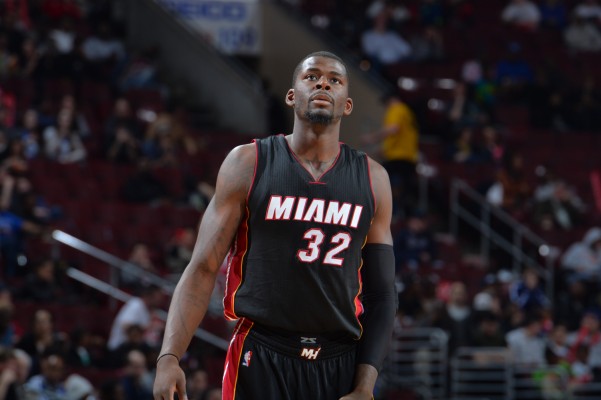 According to Barry Jackson of the Miami Herald, the only incumbent Miami Heat player at risk of being cut is none other than James Ennis, who has a $845,059 salary becoming fully guaranteed on October 28. This of course depends on whether or not Mario Chalmers and/or Chris Andersen get traded.

Ennis, who disappointed in summer league, is fortunate that the Heat hasn’t used its roster spots on established veterans such as Rasual Butler, Will Bynum, Carlos Boozer, Ben Gordon, Willie Green, Jordan Hamilton, or Luke Ridnour.

Although the Heat players who have been signed to spots 16 through 19 are viewed as potential D-League players, forward Greg Whittington could challenge Ennis for that 15th and final spot on the roster.

It is also interesting to note that former Georgetown University center Joshua Smith will audition for the Heat this week.

Keep an eye out on Ennis for now, as the Heat are rumored to keep that 15th spot open until something better comes along.
[xyz-ihs snippet=”Responsive-Ad”]