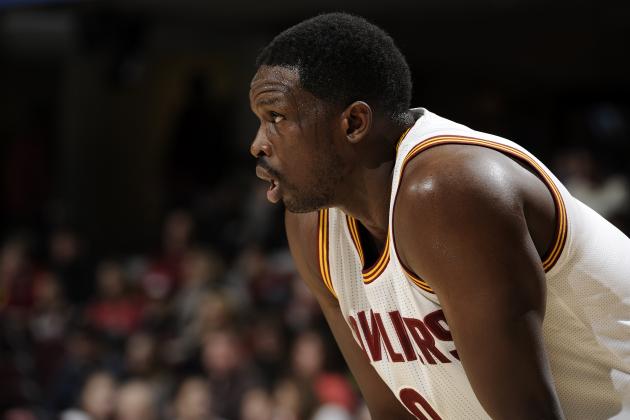 With as much as $12 million on the table to spend on free agents after the Big Three, one player still isn’t willing to join the Miami Heat on a discount.

According to ESPN’s Chris Broussard, unrestricted free agent Luol Deng will not take a pay cut to play in South Beach next season. Deng finished last season with the Cleveland Cavaliers after playing nine full years with the Chicago Bulls, averaging 16 points per game in 63 contests.

Hearing that Luol Deng will not take significantly less than his market value to join Heat — Chris Broussard (@Chris_Broussard) July 1, 2014

Deng, who has been on team president Pat Riley’s radar for a long time, has reportedly refused to take a bench role to LeBron James. Both play the small forward position, as Deng has started every game he has played in the past four seasons. Deng’s current stance towards his value was seemingly evident last year, as he rejected a three-year, $30 million extension from the Bulls before being traded to the Cavaliers.

James is set to take a maximum deal for next season, while fellow Big Three members Dwyane Wade and Chris Bosh plan to take significant pay cuts to remain in Miami.

LeBron will give zero discount to Heat. Will be max money with short duration (1-2 years).

Deng’s presence on the Heat would be an instant upgrade to a bench that did not have much production beyond sharp-shooting Ray Allen. Deng hasn’t averaged below 30 minutes per game since his rookie year in 2004. If he was to pair with James for small forward depth, Deng could easily be a candidate for Sixth Man of the Year, helping shave minutes off James’ workload. James has publicly expressed his desire to play less minutes than the 39.5-minute average he’s had over his 11-year career. Deng is the right remedy for James’ request.

Trevor Ariza and Marvin Williams remain targets for the Heat in free agency. While Ariza provides similar small forward depth for the Heat, Deng’s consistency on the offensive end would be far more coveted for the Big Three, provided he’s willing to accept a smaller deal and reserve role.