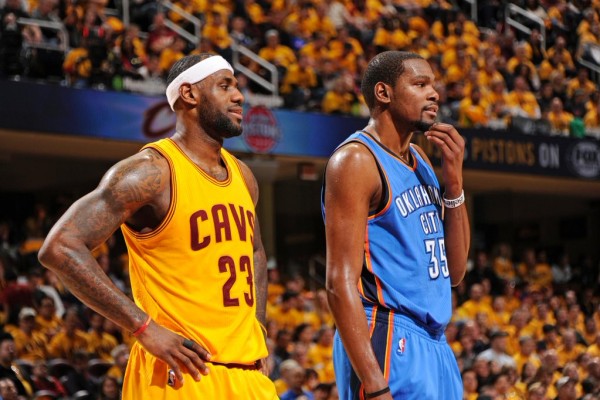 Now that the Miami Heat’s crazy season is over, the most compelling time of the year is starting to take shape: the offseason. In addition to planning on re-signing Dwyane Wade and Hassan Whiteside, the Heat have even bigger thoughts in mind.

According to ESPN’s Stephen A. Smith, the Heat will target Kevin Durant and LeBron James:

“They expect to have in excess of $30 million in cap space, $30 million-plus in this offseason. They are going to chase Kevin Durant unless the Cavaliers win in the Finals and LeBron James decides he wants to move on and possibly come back to Miami. They are going to take care of those priorities first. Obviously, they’re going to try to re-sign Hassan Whiteside, but Dwyane Wade is clearly in their plans.”

It might sound crazy, and very unlikely, but Heat fans know when Pat Riley is running the show, nothing is out of the question. Here comes the Heat’s 2016 offseason.
[xyz-ihs snippet=”Responsive-Ad”]