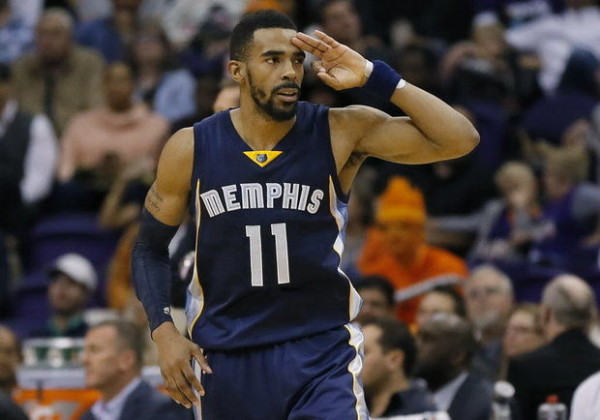 The trade deadline may have passed, but that doesn’t mean the juicy rumors have come to an end.

According to Barry Jackson of the Miami Herald, the Miami Heat could make a move and sign Memphis Grizzlies point guard Mike Conley during the offseason. Conley will become a free agent and will be very much in demand. It is also reported that Heat President Pat Riley is very high on the 28-year-old point guard:

“And if the Heat cannot make it work, one of many decisions for Pat Riley this summer will be whether to try to sign Memphis point guard Mike Conley, whose camp is very much aware of Riley’s high regard for Conley. Such a move, if it happened, would assuredly result in (Goran) Dragic being dealt.”

This is interesting for one big reason—the Heat would have to move Goran Dragic in order to sign Conley. It’s common sense that the Heat are not signing Conley with the intention of pairing him and Dragic in the backcourt for the 2016-17 season.

While this is just pure speculation at this point, it does reveal that the front office may be losing confidence in Dragic as the franchise’s point guard of the future.
[xyz-ihs snippet=”Responsive-Ad”]