Miami Heat Rumors: Heat to Groom Justise Winslow at Forward Rather Than Guard 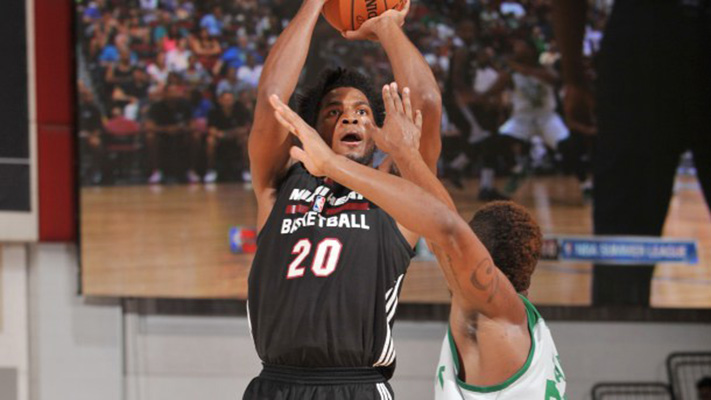 It looks like the Miami Heat have concrete plans for Justise Winslow.

According to Ira Winderman of The Sun Sentinel, the Heat are grooming the No. 10 overall pick to be a forward rather than a guard. Winslow played both small forward and shooting guard while at the University of Duke.

Winderman notes that the Heat want Winslow to develop as a small forward rather than a shooting guard because it’s expected that Dwyane Wade is more likely to return in 2016-17 rather than Luol Deng. Both Wade and Deng are on one-year deals and will become free agents during the summer of 2016.

If that is the case, it’s safe to assume Miami expects the 6’6″ swingman to take over the starting small forward spot in his second season.

While this isn’t exactly earth-shattering news, it does give a bit of perspective in regards to the franchise’s plans involving Winslow. With the Heat having a rather stacked roster this year, the team may not depend upon the Duke product for heavy minutes during his rookie season.

We’ll get our first glimpses of the Heat’s 2015-16 roster when Miami begins training camp on September 29th.
[xyz-ihs snippet=”Responsive-Ad”]