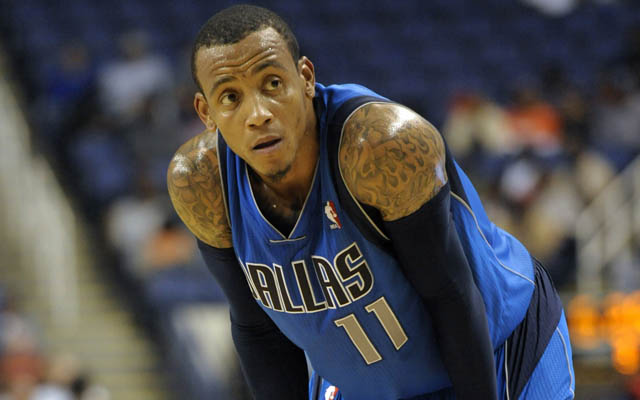 The free agency status of Dallas Mavericks’ guard Monta Ellis, coupled with the supposed interest of the Miami Heat, could go a long way in helping determine whether or not Dwyane Wade’s memorable career with the Heat is at an end.

According to the RealGM.com website, Ellis has opted out of his $8.72 million Mavericks contract for the 2015-16 campaign, and is reportedly looking for a long-term deal with either the Heat or Indiana Pacers.

Last season, Ellis averaged 18.9 points per game and dished out 4.1 assists per contest, though his three-point prowess only saw him connect on 28.5 percent of his 284 attempts.

Two years ago, Ellis opted out of his deal with the Milwaukee Bucks, but found a slim market for his services, signing a three-year deal with the Mavericks for just over $25 million, with that opt-out clause after the second year. Five years earlier, he had signed a five-year $55 million deal. He’ll be starting his 11th season, having begun his career as a member of the Golden State Warriors.

Where Wade fits is in the simple fact that he’s reportedly at odds with Miami team management over his future with the team. Figures of $20 million a year have been thrown about for Wade, which the Heat will never offer.

Since Wade was making $10 million per year, the Heat can offer Ellis that amount, which would represent nearly a 15 percent raise from what Ellis would have received this coming year. However, if he were to sign such a deal, it would also mean losing Luol Deng in order to fit under the salary cap.

Free agency officially gets underway in one week, beginning on July 1.
[xyz-ihs snippet=”Responsive-Ad”]