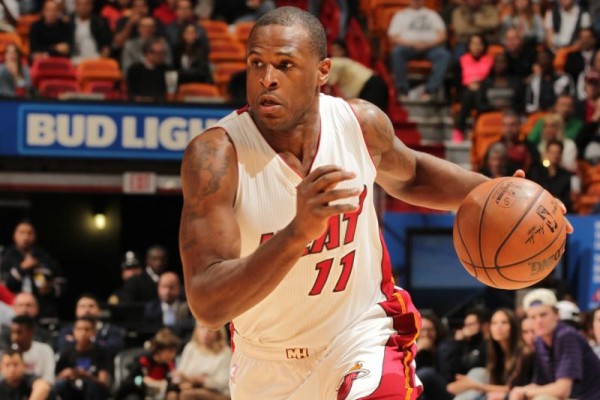 While shooting guard Dion Waiters has previously indicated that he’d like to return to the Miami Heat for the 2017-18 NBA season, the expectation is that he’ll decline the player option for the second and final year of his contract. That will allow him to enter the free agent market, which may end up pushing him out of the available price range for the team.

Barry Jackson of the Miami Herald wrote on Wednesday that a possible destination for Waiters could be the Los Angeles Lakers when the free agency season begins on July 1. That’s because of concern that the Lakers’ new general manager, Rob Pelinka, could offer a much larger deal than the Heat believe Waiters is worth. The basis for that assessment is simple: Pelinka used to serve as Waiters’ agent.

“The Heat wants to keep Waiters but doesn’t want to overpay,” Jackson wrote.

However, Jackson also notes a comment made by Magic Johnson, who took over the running of the Lakers after this past season, that may allow Heat fans to breathe a little easier:

Miami actually has more cap space available at an estimated $36 million, compared to Los Angeles, which has just $23 million. The problem is that the Heat also have other key players to sign and are playoff contenders, compared to the rebuilding Lakers. Waiters made $2.898 million last year and is presently scheduled to make $3.028 million for the upcoming campaign, a price he’s very likely to reject.

Waiters completed his fifth season in the league in April, with the Heat being his third team during that time. Due to injuries, he played in only 46 contests and started 43 of those contests. He ended the year averaging 15.8 points, 4.3 assists and 3.3 rebounds, and played a key role in helping fuel a second-half bid by Miami that came up agonizingly short.
[xyz-ihs snippet=”Responsive-ImagenText”]