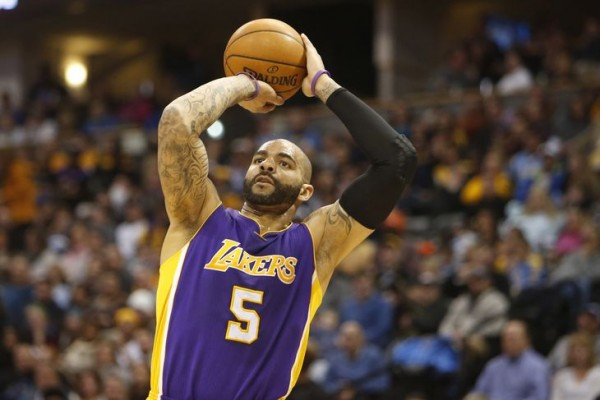 As the 2015 NBA free agency period kicked off earlier this morning, the Miami Heat have shown an aggressive pursuit in re-signing players on their current roster.

However, adding a veteran player in the frontcourt for bench depth is an area that could very well be addressed, as the Heat are rumored to have interested in former Los Angeles Lakers power forward Carlos Boozer.

Boozer, who is a 13-year veteran in the NBA and two-time All-Star, would be a great addition to a Heat team that has been at the bottom of the league for the past few years in terms of rebounding efficiency.

In his lone year for the Lakers during the 2014-15 season, Boozer primarily sustained a bench role but put up solid numbers. In 71 games (26 starts), the power forward averaged 11.8 points and 6.8 rebounds in only 23.8 minutes per game.

With the potential addition of Boozer to the Heat, he and center Chris Andersen would take off a bit of pressure from starters Chris Bosh and Hassan Whiteside.
[xyz-ihs snippet=”Responsive-Ad”]