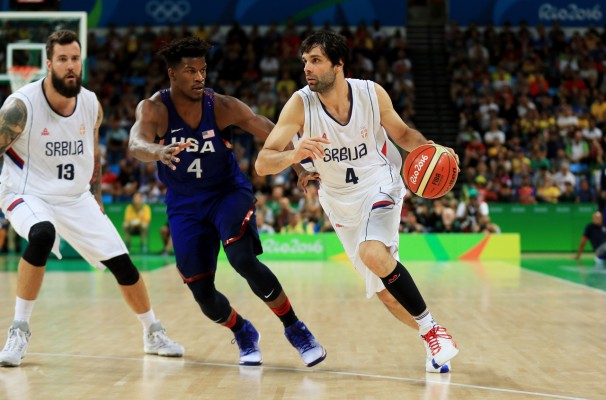 Although the offseason has officially started after the conclusion of the NBA Finals, the Miami Heat have been preparing for the crucial free agency period ever since their season ended in April.

Free agents and teams can start talking on July 1; however, that hasn’t stopped the Heat from exploring different options. One of those options now includes signing top international prospect Milos Teodosic, per Russian news agency TASS.

Teodosic, 30, was voted as the best international player not in the NBA by 53.6 percent of NBA general managers as a part of the annual GM survey. The high honor coincides with the type of salary he’s projected to be offered. According to CSKA Moscow president Andrei Vatutin, the Serbian point guard is expected to demand a first year salary of $8 to $10 million as he looks for a three-year deal round $25-30 million.

After Teodosic completes his contract with CSKA Moscow, he will become a free agent in the summer. The 6-foot-5 guard is averaging 14.3 points on 54.9 percent shooting from the field and 6.4 assists this season.

There’s no telling what Heat president Pat Riley has up his sleeve this summer; however, if the Heat can’t sign any whales or retain James Johnson and Dion Waiters, look for Teodosic to be a viable backup option for the team.
[xyz-ihs snippet=”Responsive-ImagenText”]