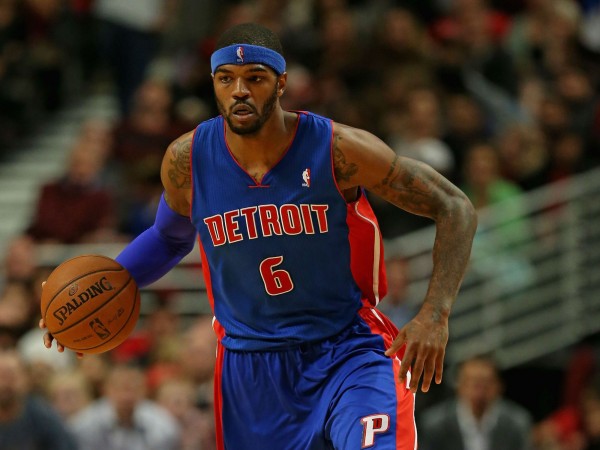 Smith, who has been a starter in the NBA since entering the league in 2004 straight out of high school, was waived by the Detroit Pistons early Monday morning. The forward’s tenure with the Pistons lasted just a year-and-a-half after signing a four-year, $54 million deal with the franchise during the 2013 offseason.

The veteran forward has been having the least efficient season of his 11-year career thus far, averaging just 13.1 points per game on 39 percent shooting from the field. To make matters worse, he’s also shooting just 24 percent from three-point range and 47 percent from the free-throw line, making him one of the least-efficient all around players in the NBA this season.

Pistons head coach Stan Van Gundy stated that the team wants to go in a different direction with its younger players:

“We are shifting priorities to aggressively develop our younger players while also expanding the roles of other players in the current rotation to improve performance and build for our future. As we expand certain roles, others will be reduced. In fairness to Josh, being a highly versatile 10-year veteran in this league, we feel it’s best to give him his freedom to move forward. We have full respect for Josh as a player and a person”

If Smith is to clear waivers over the next 48 hours, he will be free to sign with any team he wishes. The Heat are one of those teams that have shown interest, along with the Sacramento Kings, Houston Rockets, Dallas Mavericks and Los Angeles Clippers.

The Heat are desperate for any boost that they can get at this point of the season, especially along the front line. Starting center Chris Bosh is out indefinitely with a calf strain and starting power forward Josh McRoberts is out for the season due to a torn meniscus in his knee. Miami is so thin in terms of depth that the team has been starting Chris Andersen and Shawne Williams at the big spots.

While Smith’s 2014-15 season has been as inefficient as it gets, he has proven to be one of the more talented all-around forwards in the NBA in the past. With the Atlanta Hawks, the 6’9″ forward averaged 18.1 points and nine rebounds per game. He also made six trips to the postseason from 2008-2013, a trait that the Heat may desperately need down the stretch as they compete for a playoff spot in the Eastern Conference this season.