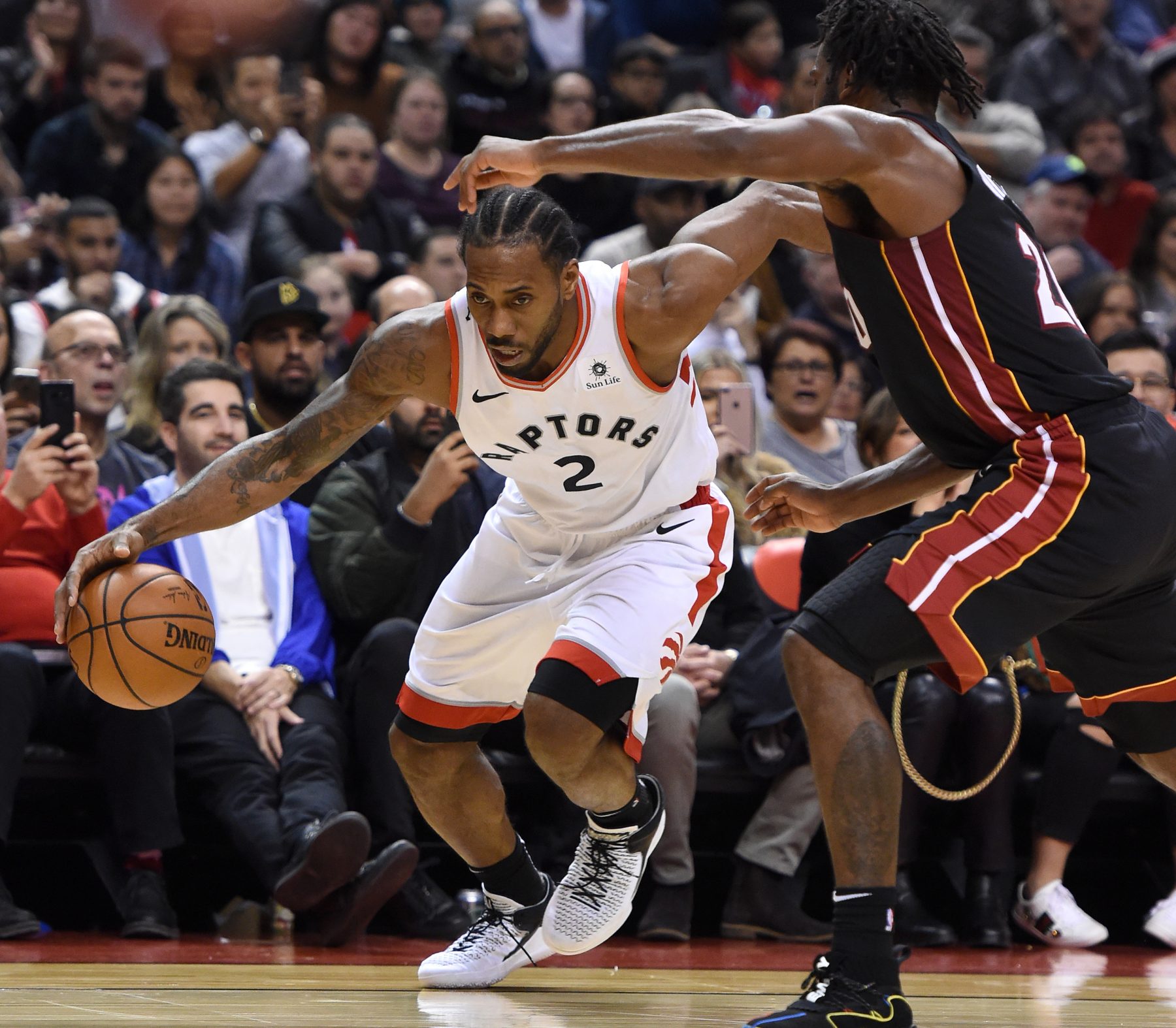 After seeing Toronto Raptors superstar Kawhi Leonard elevate his team to the NBA Finals, Miami Heat fans have to wonder why Pat Riley and the front office didn’t chase the veteran when he was available.

However, it appears the Heat brass did in fact make a monster offer for the former Finals MVP before the San Antonio Spurs turned it down.

Leonard, 27, had a MVP-caliber regular season with the Raptors after sitting out most of last year with the Spurs. The forward put up a career-high 26.6 points and 7.3 rebounds in 34.0 minutes per game.

Yet, the 6-foot-7 veteran has been on an even higher level in the playoffs. Leonard is averaging 31.2 points, 8.8 boards and 3.8 dimes per contest in the postseason.

The success Leonard is bringing Toronto is unparalleled as the team is going to its first NBA Finals in franchise history. While the generational talent was available, the Heat’s best offer apparently wasn’t as good as the Raptors.’

Last summer, the Raptors traded DeMar DeRozan, Jakob Poeltl and 2019 first-round pick for Leonard and Danny Green. While the Heat have a plethora of young players, they have no stars at the level of DeRozan.

The NBA Finals kick off on Thursday night in Toronto.
[xyz-ihs snippet=”HN-300×250-TextnImage”]