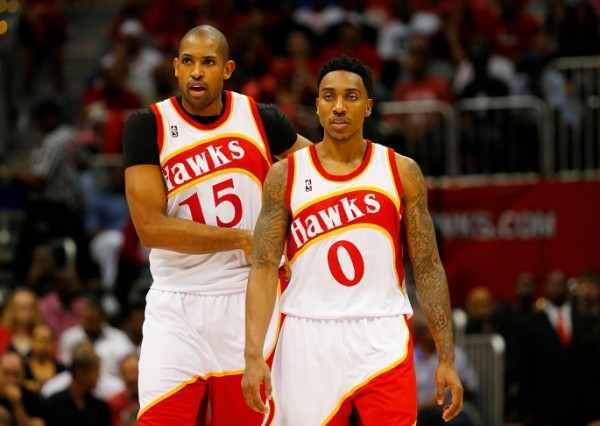 The Miami Heat always seem to be buyers at the trade deadline and this year is no different.

While media outlets picked up on the rumored Hassan Whiteside-for-Dwight-Howard swap, there has been another intriguing trade rumor that has floated around involving three teams—the Heat, the Houston Rockets and the Atlanta Hawks.

Adam Spolane of SportsRadio 610 in Houston broke the rumor and he details the possible trade as follows:

The Heat would receive two All-Stars in Teague and Horford while getting rid of Whiteside and Goran Dragic’s $85 million owed over the course of the next five years.

In this scenario, the Heat wouldn’t receive Howard, but they also wouldn’t have to worry about balancing out salaries when considering the center’s $22.4 million salary for this season.

While these are just simply rumors and discussions, it makes one thing abundantly clear—the Heat do not believe their current roster can win a championship.

It is apparent that Pat Riley will be aggressive in making a move at the trade deadline to improve the 2015-16 Heat’s chances at winning an NBA title.
[xyz-ihs snippet=”Responsive-Ad”]