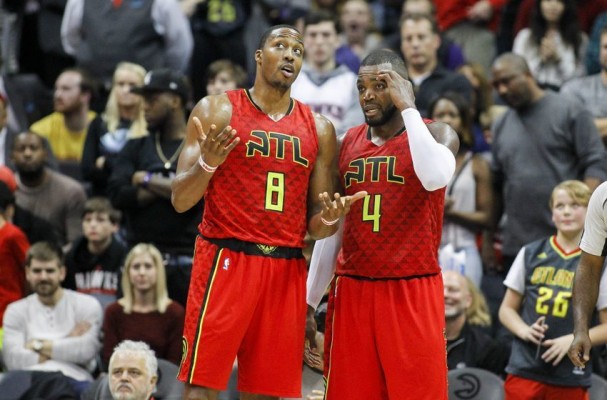 Despite the fact that NBA free agency doesn’t begin for more than three weeks, there’s plenty of speculation concerning which players might be headed to new teams, including those involving the Miami Heat. In the Heat’s case, a dark horse candidate that’s been thrown into the mix is Atlanta Hawks power forward Paul Millsap.

Dan Favale of Bleacher Report writes that signing the 32-year-old Millsap would obviously mean that Miami wouldn’t be able to re-sign Dion Waiters and may not have the room to retain James Johnson. However, the fact that Millsap has been a much more consistent performer for much of his 11-year career would make him a valuable asset to obtain, having averaged 14.2 points and 7.5 rebounds over the course of his career. He’s coming off a season in which he averaged 18.1 points and 7.7 rebounds.

Millsap made $19 million during the 2015-16 season and $20.072 million this past season, so it will cost plenty for the Heat to lure him to Miami. A max deal for him would cost at least $35.4 million, which would eat up a substantial portion of the money that Miami has available. Given his age, that price might be too high, though it’s likely expected to cost at least $30 million per year to sign him.

One possibility is to deal the oft-injured Josh McRoberts to provide some payroll flexibility, something that could conceivably help keep Johnson in the fold. Of course, the designation of dark horse is meant to indicate that such deals may be more wishful thinking than reality. However, Heat president Pat Riley has always dreamed big, which means that Millsap might be seen as a player who can make a difference next season.
[xyz-ihs snippet=”Responsive-ImagenText”]