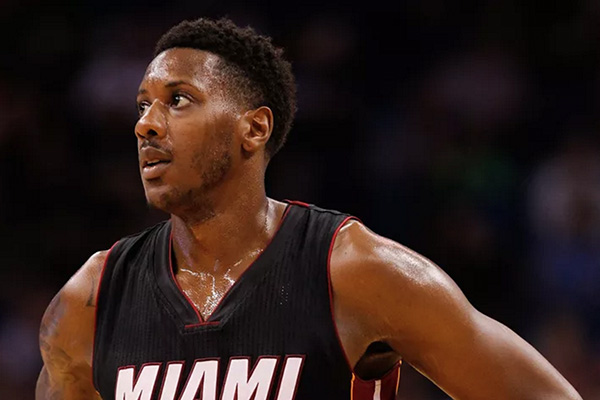 Talk of veteran Miami Heat reserve guard Mario Chalmers being dealt to the Memphis Grizzlies has picked up in recent days, though there’s no indication that a deal will be struck soon.

That news comes from ESPN’s Marc Stein, who indicated in a Tuesday morning tweet that his sources indicated that the two teams had spoken about crafting a deal for the eight-year veteran out of the University of Kansas.

Chalmers is in the final year of a two-year deal that will pay him $4.3 million for this season. That amount has been a sticking point for the Heat front office, which is looking to stay under the $84.74 million threshold for team salaries, since going beyond that amount will trigger repeat-offender luxury tax penalties.

Over the summer, Miami was virtually willing to give Chalmers away, but found no takers. Memphis is approximately $5 million under the salary cap, which would allow them to take on the veteran’s deal.

Chalmers, who was a part of the Heat’s title teams in 2012 and 2013, has spent his entire career in Miami, though he was originally drafted in 2008 by the Minnesota Timberwolves. On the same night he was drafted, Chalmers was dealt to the Heat in exchange for cash and a pair of 2009 second-round draft picks.
[xyz-ihs snippet=”Responsive-Ad”]