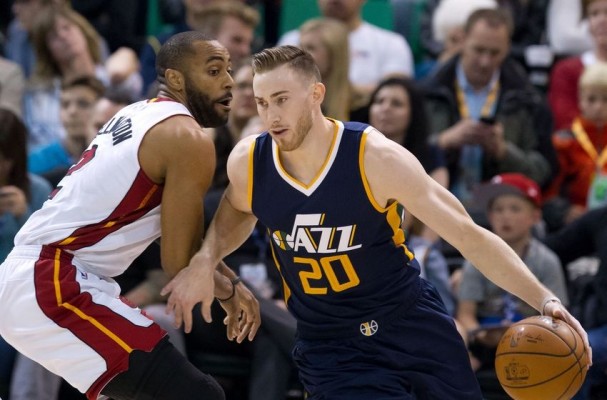 According to Frank Isola of the New York Daily News, Utah Jazz swingman Gordon Hayward could land on the Miami Heat if he does not re-sign with the Jazz this summer.

The 27-year-old Hayward is set to become an unrestricted free agent this July and there are reportedly “whispers” that his first choice is the Heat.

Hayward is in the prime of his career, averaging 21.8 points, 5.5 rebounds, and 3.5 assists per game this season.

Whether Hayward signs with the team or not, Heat president Pat Riley is expected to make a big splash this summer in free agency with the expected clearing of Chris Bosh’s salary from the team’s cap.
[xyz-ihs snippet=”Responsive-ImagenText”]