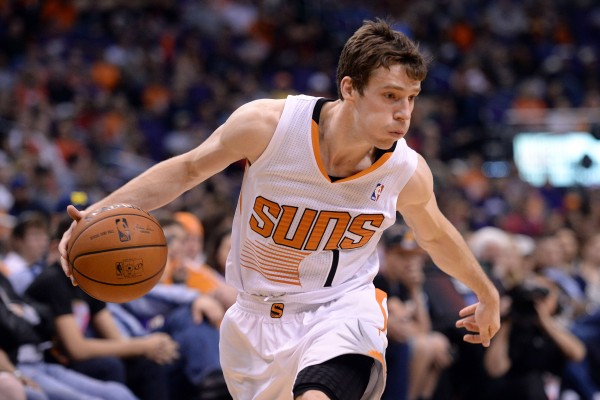 With the NBA trade deadline rapidly approaching, Adrian Wojnarowski of Yahoo! Sports has reported that Phoenix Suns point guard Goran Dragic wants out of Phoenix and prefers to be traded to the Miami Heat, Los Angeles Lakers, or New York Knicks.

Goran Dragic’s agent informed the Suns tonight that Dragic will not sign an extension in Phoenix this summer, league sources tell Yahoo.

This comes at a perfect time for the Heat, as the team is in dire need of improving their backcourt play.

After having a breakout year last season with averages of 20.3 points, 3.2 rebounds, and 5.9 assists, Dragic has seen a drop in production this season due to the Suns’ recent acquisition of Isaiah Thomas in the offseason, thereby creating a log jam at the point guard position in Phoenix.

It’s no secret that the Heat hold a talent like Dragic in high regard, as President Pat Riley has expressed a keen interest in the 28-year old point guard in the past.

Dragic is currently earning $7.5 million this season and has a player option for the same amount next year. However, if the Heat or any other team were to acquire Dragic via trade, then that team would also inherit his Bird rights and be able to offer him a five-year contract in July worth $100 million plus.

If Dragic gets dealt this week, new team inherits Bird rights and will be able to offer five-year deal in July. If no trade materializes …

This is the chance Miami has been waiting for, and with the Knicks and Lakers lacking any attractive assets, it seems like a match made in heaven for the desperate Heat team looking to make the playoffs.
[xyz-ihs snippet=”Responsive-ImagenText”]