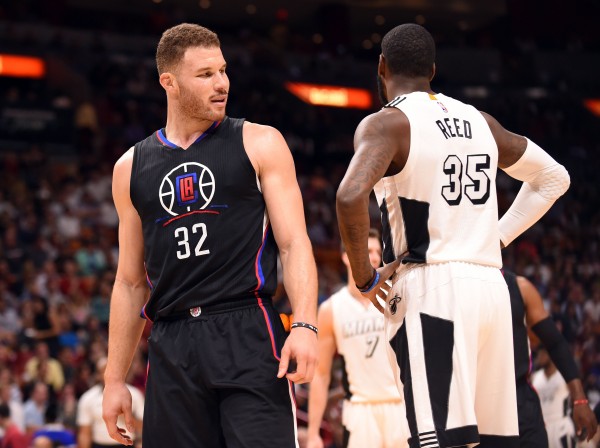 Los Angeles Clippers forward Blake Griffin will be one of the biggest names on the free-agency market this summer and one of his former teammates believes that the Miami Heat have the best shot at luring him away from the West Coast.

Jared Dudley, who played with Griffin during the 2013-14 season, ultimately believes that Griffin will end up back with the Clippers, but that did not stop him from giving a host of reasons why Miami will be an appealing destination:

“Miami,” Dudley said to ESPN.com’s Kevin Arnovitz on “The Basketball Analogy” podcast, “is the only case scenario to be able to do if you say, ‘Hey, you know what, I want to be the man of the team.'”

But, Dudley noted that if Griffin left the Clippers, the superstar power forward would be leaving a lot of money on the table:

“What are his options?” Dudley said. “He could go to Miami and you can be the man and you’ve got [no] state tax. But that five-year max contract, you’re going to lose about roughly $30 million. Right?”

The Heat can only offer Griffin a four-year deal (around $130 million), while Los Angeles can offer him a five-year deal (around $175 million). The extra year allows the Clippers to have an upper hand financially when negotiating against potential outside suitors like Miami.

“My whole thing is of where you want to live at?” said Dudley. “He lives in L.A., which he loves, Miami is a good place. So Miami is understandable: Pat Riley, they would make the playoffs with him, so that’s the only one I could somewhat see.

He even ruled out some landing spots for the Oklahoma University product:

Of course, all these statements are from a friend and ex-teammate. We have heard nothing from Griffin himself, who is rehabbing from an injured right toe that had sidelined him for the remainder of this year’s playoffs. Despite battling injuries for extended portions of his career, the five-time All-Star has averaged 21.5 points and 9.4 rebounds since he entered the league.

Griffin has a $21.3 million player option to return to the Clippers next season that must be decided by June 28.
[xyz-ihs snippet=”Responsive-ImagenText”]