Miami Heat Rumors: Dwight Howard Could Be Traded to Heat by February 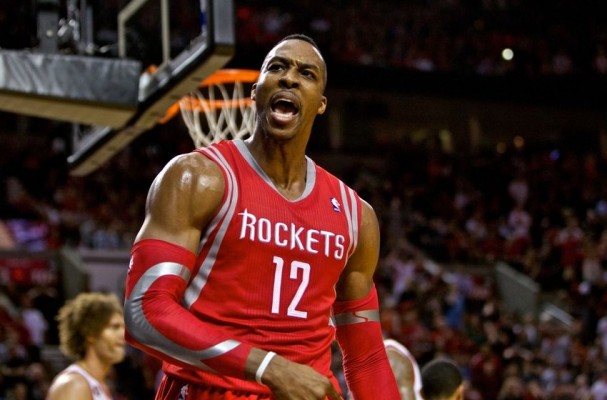 The next superstar that could take his talents to South Beach is none other than All-Star center Dwight Howard.

According to Chris Sheridan of SheridanHoops.com, Howard is extremely unhappy playing second fiddle to James Harden on the Houston Rockets. Sheridan goes so far as to predict that the 30-year-old center will be traded to the Miami Heat by February. Sheridan states the following in regards to Howard possibly landing in Miami:

“Dwight Howard is extremely unhappy in Houston playing second fiddle to alpha dog James Harden, multiple league sources tell SheridanHoops.com. And with the Rockets underachieving more than any NBA team, look for them to try to move Howard later this season. And the destination that makes the most sense is Miami in a trade centered around Hassan Whiteside. It makes so much sense, in fact, that I will go so far as to predict that Howard will be wearing a Miami Heat uniform by the end of February.”

The Rockets are underachieving just a year after advancing to the Western Conference Finals and Howard has taken a clear backseat on the offensive side of things in Houston. The 6’11” center is averaging just 13.0 points per game and ranks sixth on the team in total shots.

While it makes sense for Houston to trade Howard, how would they do so with Miami?

The key piece in this possible trade is Hassan Whiteside. The Heat will likely find it tough to re-sign the 26-year-old center when he becomes a free agent in 2016. With Howard also likely to become a free agent in 2016, it makes sense for both organizations to get rid of two players they are unlikely to re-sign.

The trade becomes possible only if the salaries match up. While Howard earns over $22 million this season and Whiteside earns just a shade under $1 million, the combination of salaries makes it possible for the trade to occur. Players such as Justise Winslow, Luol Deng, Chris Andersen and Josh McRoberts could be combined in a package deal for Howard and Rockets players of smaller salaries such as Jason Terry, Sam Dekker and Montrezl Harrell.

This rumor follows an earlier report of the Heat trying to acquire Sacramento Kings center DeMarcus Cousins in exchange for Whiteside, Winslow and cap filler. However, the deal is unlikely to happen because Sacramento does not want to part with Cousins.

For the Heat, their plan is clear—try to acquire an elite center by trading Whiteside while he’s still under contract with the team.

By the time February rolls around, the 2015-16 Heat team may look different from the one you’re seeing right now in December.
[xyz-ihs snippet=”Responsive-Ad”]