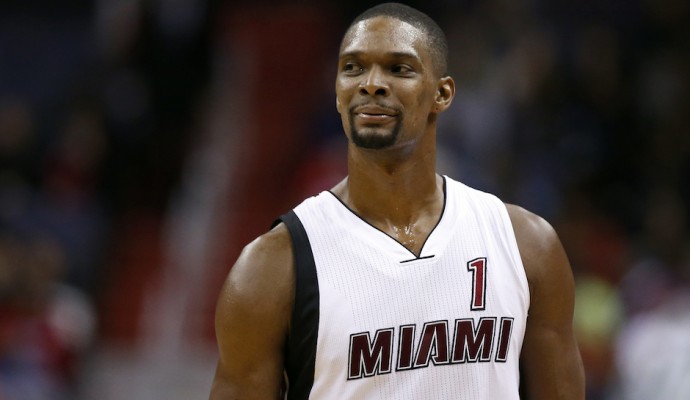 It became clear during the offseason that Miami Heat big man Chris Bosh — whose last two seasons have ended abruptly due to his potentially life-threatening blood clots — would likely never play in Miami again.

Now, rumors are beginning to circulate for the first time about where Bosh, who has stated that he intends to continue playing, may end up in the future. According to Marc Stein of ESPN.com, the Chicago Bulls have emerged as frontrunners on a list of teams potentially interested in the two-time NBA champion:

“If Bosh, who turns 33 in March, makes it back onto the floor next season, word is that the Chicago Bulls are already plotting a run and will be at the front of the line to try to sign him.”

Stein also noted that the Heat are able to waive Bosh for salary cap relief starting Feb. 9, but most teams believe they will wait until March 1 in order to keep Bosh from being playoff eligible for another team.

The 11-time All-Star put up numbers consistent with his career production in his 53 games last season, averaging 19.1 points, 7.4 rebounds, and 2.4 assists per game while shooting 47 percent from the field. The power forward also shot 37 percent from behind the arc while launching a career-high 4.2 threes per game.

Bosh, originally drafted fourth overall in 2003 by the Toronto Raptors, has played a full career and could certainly retire with his head held high. But he has stated that he wants to continue playing, not for money or glory, but for the love of the game:

“What I would say to the people who just see the money and kind of see my situation and say, ‘Hey, just walk away.’ I get it. I totally get it. I understand you. I hear you,” Bosh said. “But I’m not really thinking about money. I’m just thinking about where my heart is. I love the NBA. I love playing basketball every day for a living.”