Miami Heat Rumors: Amar’e Stoudemire and Josh McRoberts May Be Rested on Back-to-Backs 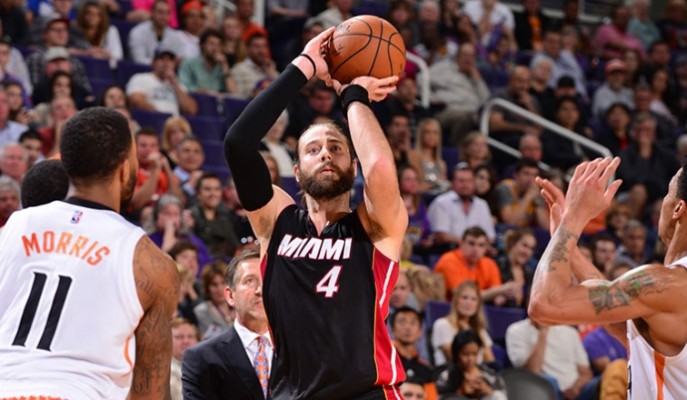 The Miami Heat “maintenance program” may be back for the upcoming season.

Both Josh McRoberts and Amar’e Stoudemire have had surgeries on their knees in recent years. With McRoberts missing the majority of the 2014-15 season due to a tear in his meniscus and Stoudemire on the verge of turning 33 years old in a month, Erik Spoelstra discussed the possibility of holding both veteran players out of back-to-back games in 2015-16:

“We’ll see. All of that with all of our players, we have to get there and gauge a lot of different things. I think it’s too early to say. But we’ve also proven as an organization that we’re open-minded to that.”

The head coach also spoke of the frequency of the strategy of holding out players in back-to-back sets throughout the league:

“Call it, term it however you want. Everybody’s doing it right now. The idea is to get your players out on the court as much as possible.”

The “maintenance program” was first employed by Spoelstra during the 2013-14 season in the final year of the “Big Three” era. In that year, Dwyane Wade was given a steady diet of nights off, most notably in back-to-back games. The hope was that it would keep Wade fresh for the postseason run.

Stoudemire didn’t seem too turned off by the notion of being involved in the maintenance program:

“That’s a part of the plan, whenever we have a strenuous schedule, they want you to take precautionary measures. That goes not only for myself, but for other guys, as well, that are trying to stay healthy. There’s some weeks where we have four games in one week or there’s a stretch of back-to-backs. So we just go through the schedule and figure out a nice plan that will prolong our health for the guys.”

Spoelstra stressed that he’s been happy with both Stoudemire and McRoberts’ workload during training camp:

He did however, finish his thought by saying how it is an “unknown” regarding how many minutes both can play during each game:

We will see how Spoelstra plans to use Stoudemire and McRoberts this year when the Heat open the season versus the Charlotte Hornets on October 28th.
[xyz-ihs snippet=”Responsive-Ad”]