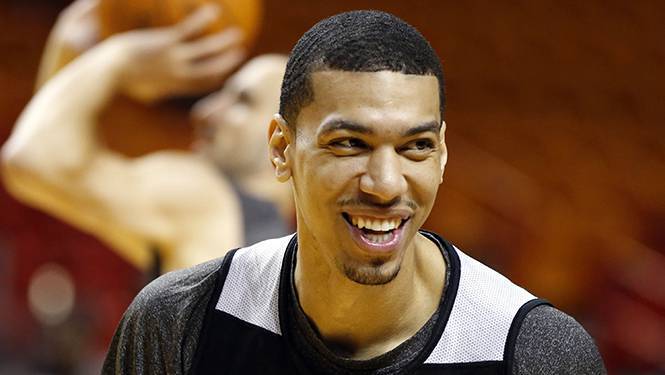 Let the conspiracy talks begin. Immediately following Game 1, Manu Ginobili of the San Antonio Spurs was interviewed at the post-game press conference and was asked about the lack of air-conditioning and how it affected his play.

Manu, I know you’ve played overseas a lot, you’ve played in the summer a lot. So, I’m sure you’re used to playing when it’s hot. But how hard was it to adjust mentally, when you’re not expecting it to be hot like it was tonight.

“True, it’s a little different when you didn’t know what was going on. At a point we go to the bench, we see cold towels everywhere and I didn’t realize back then. Then when we went to the locker room at halftime, whew, we were sweating more in our locker rooms then on the court. Then when we come back, it was tough, but it happens. It’s the same heat for both and we did OK. We moved the ball, and I don’t think we turned the ball over because of the temperature or the heat. So, I don’t think it was a big factor. I don’t know if LeBron’s situation, this was a reason for that. I don’t think we suffered as much.”

Now, I’m not one to go around pointing fingers and calling people liars. But this quote said by Ginobili, “Then when we went to the locker room at halftime, whew, we were sweating more in our locker rooms then on the court,” seems to have directly contradicted what Spurs guard Danny Green said yesterday according to Tim Reynolds of the Associated Press.

Danny Green says Spurs had cooling fans in their locker room at halftime. Heat did not have them. Adam Silver said he wasn’t aware of that.

With San Antonio’s history of hosting their opponents in far-from-hospitable conditions. It’s hard not to think that the Spurs did this on purpose knowing LeBron James’ history of cramps.

“You know what, Pop [Spurs coach Gregg Popovich] has done that so many times. I don’t know if it’s a conspiracy, but I’m telling you, going into San Antonio is a tough place to play. … I can remember very well one time where it was cold showers, there were about a thousand flies in the locker room. This year, there was a snake in the locker room. So, they’re going to pull out all the stops to get into your head,” said Sacramento Kings guard Jason Terry according to ESPN Dallas’ Bryan Gutierrez.

Whether, the scorching temperature or the lack of cooling fans in the Heat’s locker room was coincidental or on purpose, we all know that LeBron James and the Miami Heat will be prepared for anything come Game 2. Let’s just hope that San Antonio doesn’t plant venomous cobras in Miami’s locker room this time.