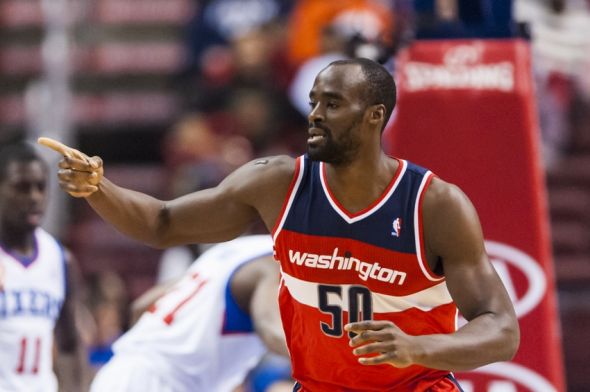 Finally, some free agents worth clamoring about. Since the start of free agency, it seems as if the Miami Heat have been filling all the holes in their roster whether it be at the point guard position with Mario Chalmers, Norris Cole, and Shabazz Napier or at the small forward position with the signing of Luol Deng and Danny Granger. However, one big piece that has always been missing was a legitimate big man in the middle.

Although neither player screams out all-star, both big men are defensive minded and are just what the Heat need in the middle. Okafor is a proclaimed double-double machine and has averaged 9.9 rebounds and 1.7 blocks throughout his career. The lengthy Udoh also boasts defense as he averages 1.3 blocks for his career.

The signing of either Okafor or Udoh would be key, as it would allow Chris Bosh to rotate to his natural position at power forward and would also allow Josh McRoberts to add a defensive element to the second unit.
[xyz-ihs snippet=”Responsive-ImagenText”]