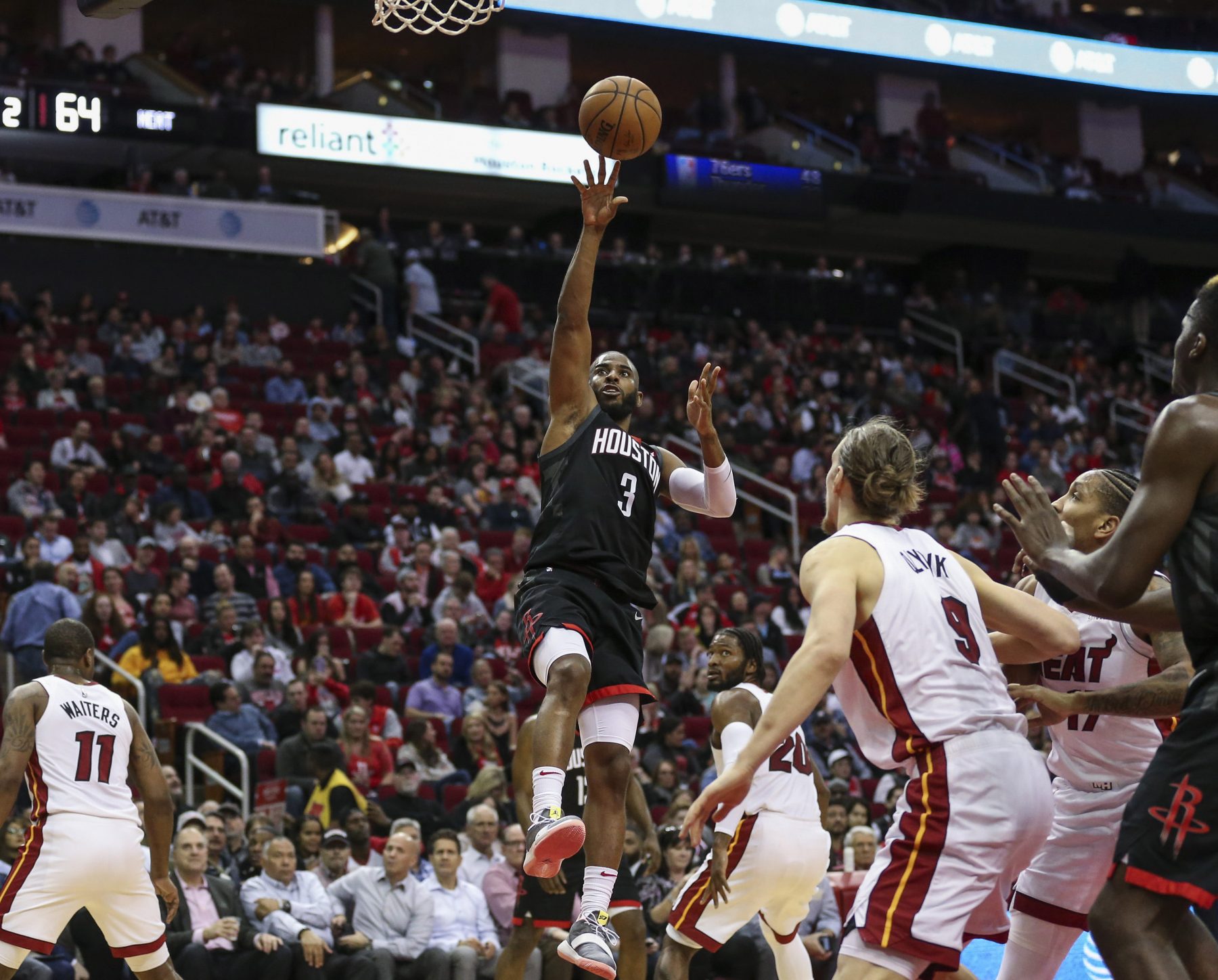 The Miami Heat missed out on superstar point guard Russell Westbrook after he was traded to the Houston Rockets for Chris Paul and multiple draft picks on Thursday night.

But with Paul now with the Oklahoma City Thunder, the stage is reportedly set for the Heat to pursue the former All-Star point guard.

Paul, on paper, appears to be a financially more viable option for the Heat. Though Paul and Westbrook have similar salaries heading into the 2019-20 season, the three-year, $124 million remaining on the former’s contract is much more palatable than the latter’s four-year, $171 million outstanding salary.

Moreover, the Thunder have a plethora of draft picks that would entice the Heat to pull the trigger on a possible deal. The Heat will have to put together a number of players in a potential deal to the Thunder to match Paul’s incoming $38.5 million salary for this season.