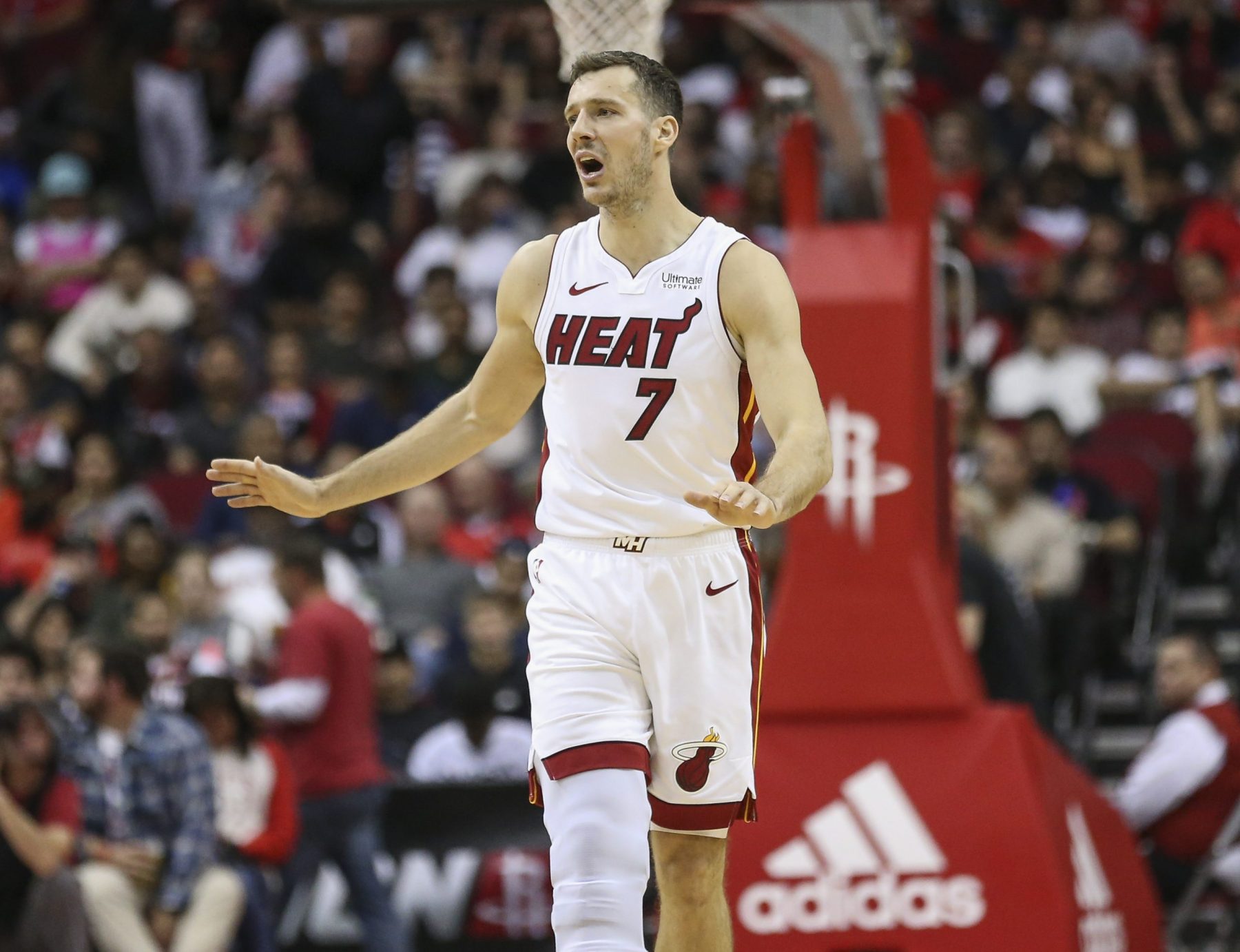 Miami Heat president Pat Riley will have some tough decisions to make during the offseason because Goran Dragic, Meyers Leonard, Derrick Jones Jr, Jae Crowder, Solomon Hill and Udonis Haslem are set to become free agents when the season is over.

Even though there is a good possibility that Miami could lose almost half of its current roster in free agency, Riley is optimistic that the Heat will be able to bring most of their players back.

Pat Riley's comments today about being "optimistic… about moving forward with these players" reinforces likelihood that Miami will use Bird rights to try to keep own FAs (Dragic, Leonard, Crowder, Jones) with mid-level to augment than renouncing them and operating as room team

In an interview released by the team, Riley said Miami is taking a wait-and-see approach in free agency.

“As far as free agency, that’s up in the air,” Riley said. “We don’t even know when that’s going to happen. Right now, we know it’s July 1. Andy [Elisburg] and I are probably doing more machinations on the probabilities. You have to remember we have six or seven free agents ourselves, but we also have nine other players that are under contract and guys that we really like, so we’ll continue to sort of just create possibilities, what can possibly happen.

“We don’t know what the cap number really is going to be, but we feel confident that the cupboard is full, and what I mean by full is that we do have a lot of very good young players that have proven that they can play at a real high level in this game and they’re fearless, and, yes, we’re very concerned about our pending free agents. We like all of our players and so when we get to that time we’ll know what direction we want to go in.”

Prior to this season, the Heat had missed the playoffs in three of their last five seasons.

With the emergence of Bam Adebayo as one of the best big men in the league and the addition of players like Jimmy Butler and rookie Tyler Herro, the Heat were in fourth place in the Eastern Conference standings before the regular season was suspended because of the coronavirus on March 12.