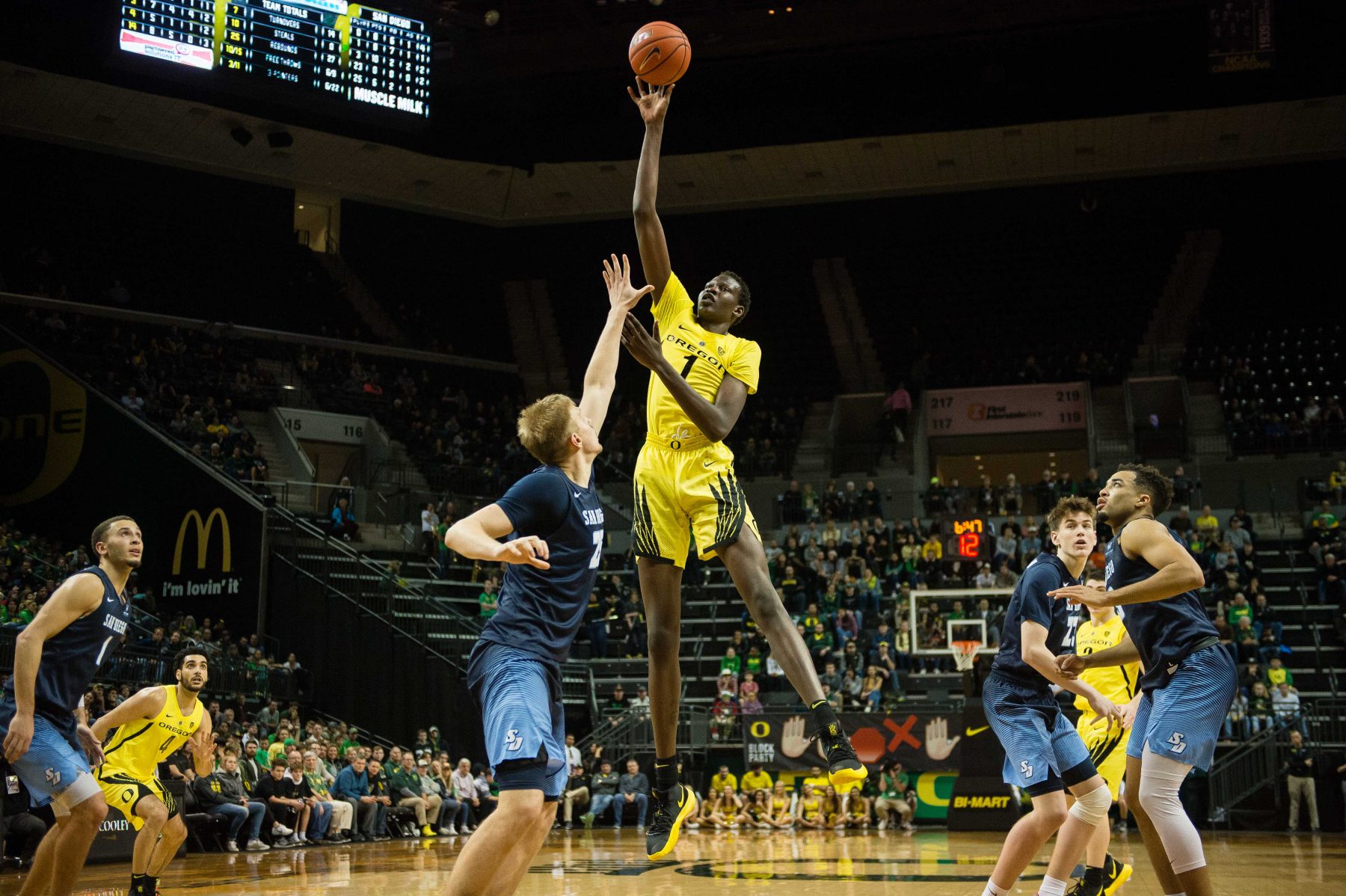 With the 13th pick in next month’s NBA draft, the Miami Heat have no way of knowing which players will be available when it comes time to make their selection.

However, one Heat insider indicates that the Heat may be looking closely at selecting 7-foot-2 center Bol Bol out of the University of Oregon.

Ira Winderman of the Sun Sentinel looked at how the Heat’s 2019-20 roster is shaping up and how there appears to be “legitimate intrigue” in taking Bol. Part of that allure is undoubtedly due to the fact that he’s the son of former NBA center Manute Bol and entered Oregon as a McDonald’s All-American.

The major question mark is based on Bol’s health, since he played just nine games as a freshman before undergoing season-ending knee surgery. Yet his play before the injury saw him put up virtual double-double numbers of 21.7 points and 9.6 rebounds per game and connect on 56.1 percent of his shots from the field.

Those sort of numbers will catch the eye of every NBA team, but another potential drawback for Bol stems from the fact that he went through a tumultuous high school career. During that period, he attended four different high schools, a shaky stretch that will undoubtedly be explored much more deeply in the weeks ahead.

The Heat already have two big men at center in Hassan Whiteside and Bam Adebayo. In the case of Whiteside, he’s one of a number of Heat players who is playing in the last year of his contract, a status that could have the team looking beyond the upcoming season.

Whether or not that means Bol will be playing in Miami next season is an answer that remains a month away from being made.
[xyz-ihs snippet=”HN-300×250-TextnImage”]