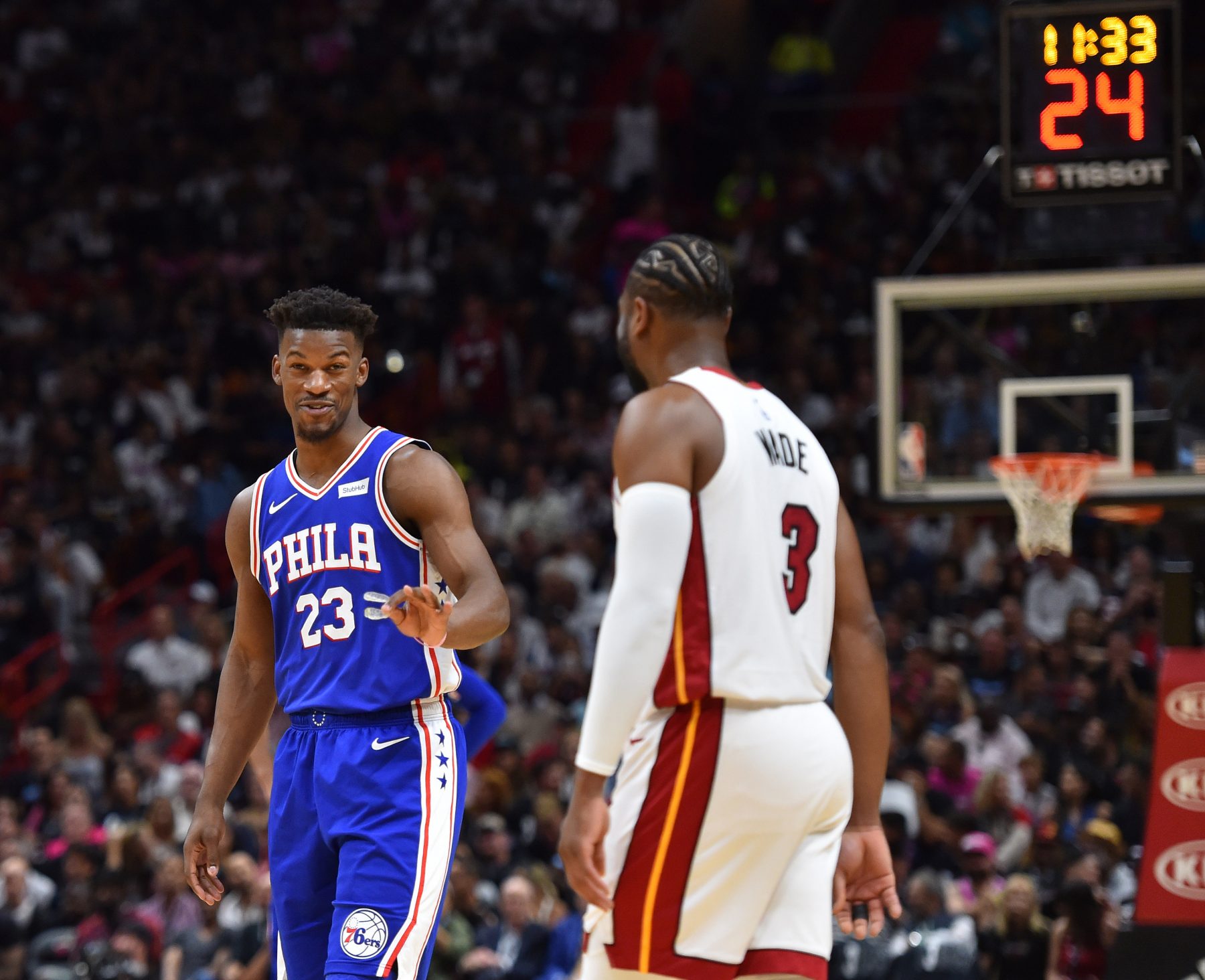 Jimmy Butler will be a free agent this offseason, and he could be headed to the Miami Heat.

The four-time All-Star was interested in the Heat a year ago, when he requested a trade from the Minnesota Timberwolves. Instead, Minnesota sent him to the Philadelphia 76ers.

Now that Butler is a free agent, he can choose his own destination. Some people think the Heat are a logical choice, though they have some financial complications to figure out.

“Butler seems perfect for Miami’s militaristic approach, which might be the reason it was his preferred destination in September,” wrote Zach Buckley of Bleacher Report. “His defense is already at an Erik Spoelstra-approved level, and his offense is sharp enough to slide into the driver’s seat vacated by Dwyane Wade.

“Makes sense, doesn’t it? There’s just one tiny snag—the Heat need a few miracles to even approach his price range. In the unlikely event Hassan Whiteside ($27.1 million) and Goran Dragic ($19.2 million) both decline their player options, Miami would still need to move money around to open up a max slot for Butler.”

Butler is coming off a down year, by his standards. The eight-year veteran averaged 18.2 points, 5.3 rebounds, 4.0 assists and 1.8 steals per game.

His postseason performance, however, was spectacular.  The Sixers pushed the Toronto Raptors to seven games in the Eastern Conference Semifinals, and Butler was a huge reason why.

He will likely demand a maximum contract in free agency.

Butler and Spoelstra would certainly be a good fit. If Miami can clear the space, and the defensive star wants to come to South Beach, then that would be a huge get for the Heat.
[xyz-ihs snippet=”HN-300×250-TextnImage”]