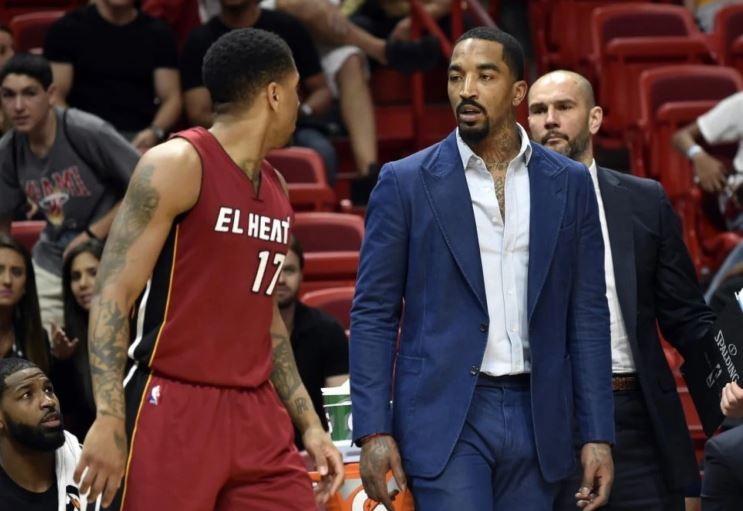 The Miami Heat’s search for upgrades to their roster during the offseason is taking a number of different routes. A new report indicates that one of those routes could be the acquisition of exiled Cleveland Cavaliers guard J.R. Smith.

Shams Charania of The Athletic indicated that the Heat are looking to rid themselves of some burdensome contracts for the 2019-20 season, with Smith’s contract offering a potential way of saving money:

“A team that has expressed an interest in a salary-designed trade of J.R. Smith: the Miami Heat, sources said. The Heat also have contracts they could look to move in the offseason in a deal such as this, and would have to absorb Smith’s deal.”

The reason that the final year of the 34-year-old Smith’s contract holds so much intrigue is that of the $15.68 million he could earn, only $3.8 million of that is guaranteed. That would mean that any deal with Smith would then involve the team subsequently releasing him to save nearly $12 million.

One Heat contract in particular that could be dealt to the Cavaliers in exchange for Smith would be that of forward James Johnson. He’s due $15.1 this year, with a player option for the 2020-21 season of just under $15.8 million.

When the Cavaliers began their rebuilding process, they indicated a willingness to take on bad contracts like Johnson’s. They also have been trying to trade Smith after they banished him from the team last November for disparaging comments about the team. Therefore, anything they can get for him would hold some value at this point.

This type of deal could also involve the two teams switching positions in the first round. Presently, the Heat have the 13th overall pick and the Cavs are in possession of Houston’s 26th overall selection. However, the Heat may prefer to simply offer future picks.

Both teams have motivation for making this type of trade. For the Heat, it would remove a burdensome contract from their payroll and allow for some flexibility when it comes to making deals or simply avoiding the luxury tax. It becomes even more important after next season, when a host of big contracts comes off the their books.
[xyz-ihs snippet=”HN-300×250-TextnImage”]