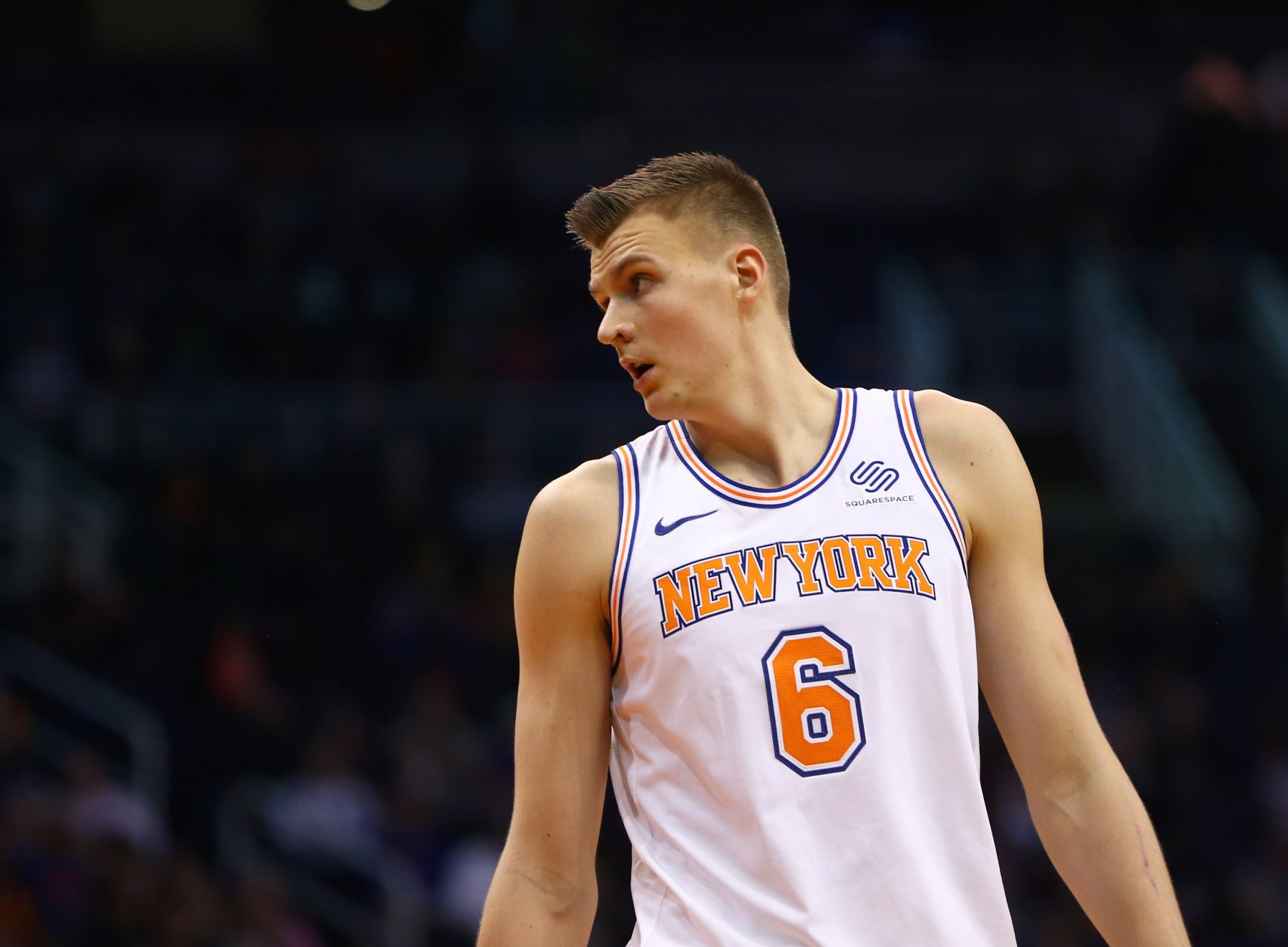 Kristaps Porzingis listed the Miami Heat as one of his four preferred trade destinations along with the Brooklyn Nets and Los Angeles Clippers before being sent to the Dallas Mavericks, according to Adrian Wojnarowski of ESPN.

Porzingis was dealt from the New York Knicks to the Mavericks on Jan. 31, just a week before the NBA trade deadline.

This season, the 7-foot-3 big man hasn’t appeared in a single game as he has been recovering from a torn ACL, which he suffered last season.

For his career, the former fourth overall pick in the 2015 NBA Draft has averaged 17.8 points, 7.1 rebounds and 2.0 blocks per game while shooting 36.1 percent from three.

Last season was the best of his career so far as he averaged 22.7 points, 6.6 rebounds and 2.4 blocks per game while shooting just under 40 percent from three.

Seeing as how the Mavericks gave up a decent package for Porzingis (Wesley Matthews, DeAndre Jordan, Dennis Smith Jr. and two first-round picks), the Heat likely would have had to part with multiple first-round picks as well as at least one or two of their key young assets in order to land Porzingis.

Acquiring Porzingis would have been a risk for the Heat due to his injury, but it also could have been the move the team needed to vault themselves into the top half of the Eastern Conference.

Although it must feel like a loss to the Heat to have missed out on Porzingis, the Heat’s front office staff must feel good that All-Star caliber players are still interested in playing for the organization.
[xyz-ihs snippet=”HN-300×250-TextnImage”]