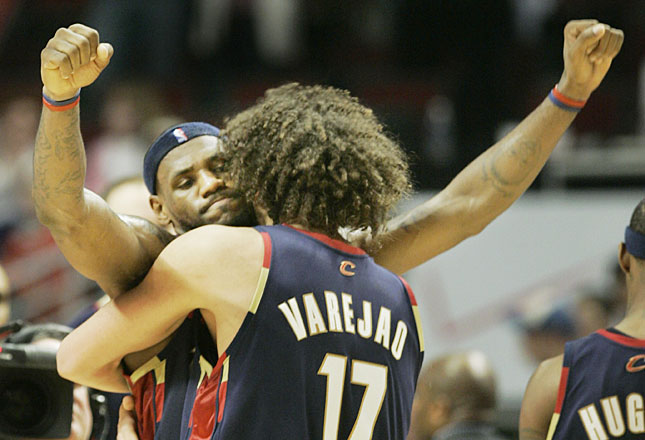 With the most anticipated off-season in quite some time, looks like the free-agency rumors surrounding LeBron James are picking up again.

On Thursday night, a pre-game show for the NBA Finals aired on ESPN Brazil, which featured guest Anderson Varejao of the Cleveland Cavaliers.

According to recent journalism graduate, Marcelo Urbano, when Varejao was asked if he believes James will come back to Cleveland, LeBron said that they would discuss it further after the playoffs are over.

“Andy said he would not hide that he actually talked to James about it,” Urbano said. “He said that happened during the season when LeBron was in [the] Q Arena. Andy did not specify whether it was on Z’s night (March 8 when the Cavs retired Zydrunas Ilgauskas’ No. 11) or when the Heat was playing the Cavs. He says that he asked LeBron about a comeback. LeBron’s response was that they would talk about that later.” (Via Cleveland.com)

It’s safe to say, a lot more is riding on this championship now that the future of LeBron James is no longer as secure as we thought. Most likely, it’s all speculation. But it’s hard not to have those second thoughts creep back into our heads. I mean, Cleveland Cavalier fans in 2010 were almost certain that James would stay in his beloved hometown.