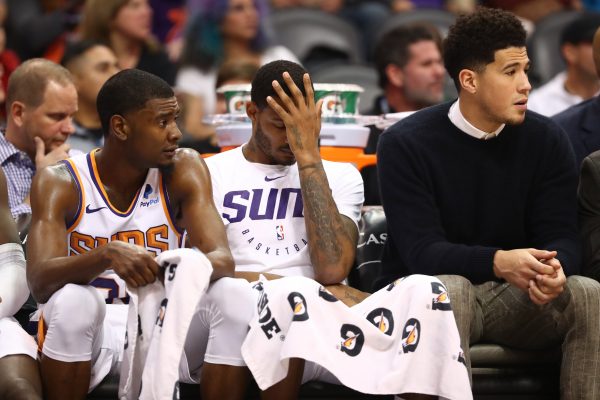 By now, it is not exactly breaking news that the Los Angeles Lakers covet veteran forward Trevor Ariza. Unfortunately for them, Phoenix Suns owner Robert Sarver was reluctant to deal with the Lakers after the criticism he faced for buying out big man Tyson Chandler earlier this season.

The report came from ESPN’s Zach Lowe just hours before the Suns agreed to deal Ariza to the Washington Wizards.

“Ariza and his agent, Aaron Mintz of CAA, had hoped that the Lakers could complete a deal with the Suns, but that became more difficult to navigate in recent days, league sources said,” Lowe wrote. “Sarver became more sensitive about doing a deal with the Lakers in wake of the criticism that came with allowing center Tyson Chandler to get a contract buyout to join the Lakers last month, sources said. The Lakers had been eager to make a deal for Ariza.”

There is little doubt that Ariza’s veteran presence and defensive acumen would have helped the 17-11 Lakers take another step in competing in the Western Conference.

Beyond that, it was reported that LeBron James was heavily interested in bringing Ariza to Los Angeles. While the four-time MVP is currently surrounded by quite a bit of talent, he is also surrounded by much more youth and inexperience than he is typically accustomed to. Ariza’s presence would have helped the Lakers through the rest of the 2018-19 season, and especially in the playoffs, where Ariza has quite a bit of experience. Unfortunately for both James and the Lakers, the Suns found a willing trade partner in Washington.

Now, with the Ariza trade a thing in the past, the Lakers will surely look for other veterans around the league who they believe can help them compete now and in the future.
[xyz-ihs snippet=”HN-300×250-TextnImage”]