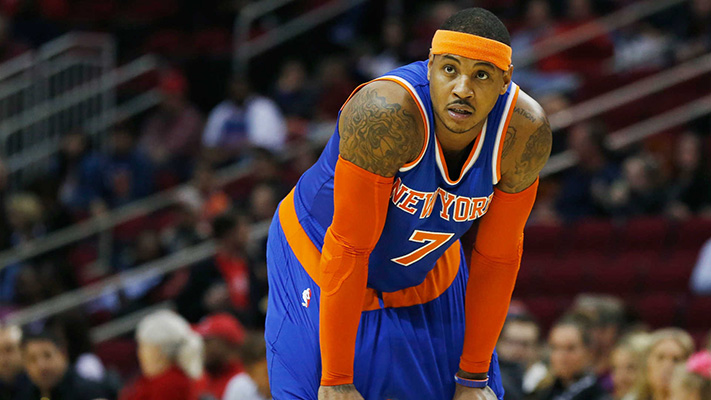 There may be a chance that Carmelo Anthony could land in Miami after all.

Though it will be considered a longshot, Ira Winderman of The Sun Sentinel reports that in order for the Miami Heat to have a chance at acquiring New York Knicks star Carmelo Anthony via trade, they would have to likely part ways with Hassan Whiteside, Justise Winslow and some “salary cap filler.”

Winderman states the following in regards to the Heat’s chances of acquiring Anthony:

“The Heat have precious few prospects to offer, and, by league rule, are prohibited from trading future draft picks for the remainder of this decade, because of outstanding picks still due. So if the Knicks do look to move Carmelo, about all I can see the Heat having as attractive to New York would be Hassan Whiteside, Justise Winslow and enough salary-cap filler to make the math work.”

Bottom line is this—there is a chance after all, as small as it may be.

What handicaps the Heat in this situation is their lack of draft picks to offer to a rebuilding team such as the Knicks. Just as recently as this past February, Miami traded two draft picks to the Phoenix Suns in order to acquire Goran Dragic.

Furthermore, the question becomes, do the Heat want to acquire ‘Melo?

The team already has two ball-dominant guards in Dragic and Dwyane Wade, while Chris Bosh needs his touches as well. If the Heat were to hypothetically acquire Anthony, how would he mesh with the aforementioned three players? Also, would the organization be comfortable in trading two rising young players for a 31-year-old veteran?

At the current moment, the Anthony-to-Heat rumors are just pure speculation. While that remains the case right now, just let it be known that there is a possibility it could happen down the road.
[xyz-ihs snippet=”Responsive-Ad”]