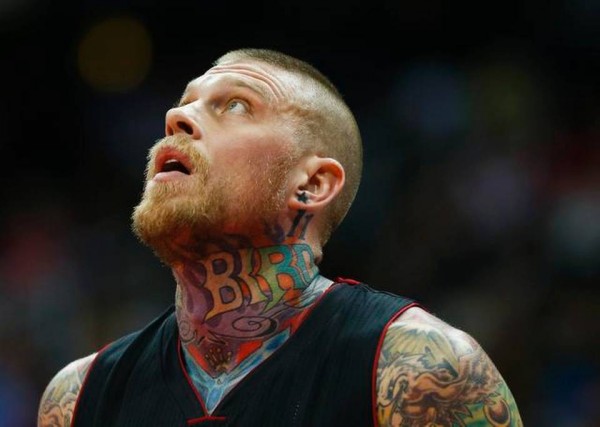 The Miami Heat clearly need to trim their roster before the regular season starts, and it would appear there’s one player who is most likely to be traded.

According to Ira Winderman of The Sun Sentinel, Chris Andersen is the least likely player involved in trade rumors to actually return to the Heat next season. Winderman stated the following in regards to “Birdman” remaining with Miami while appearing on the Marc Hochman Show with Zach Krantz:

“I’d say lowest percentage of any regulars we’re talking about being dealt because let’s face it, a $5 million guy in the Heat’s tax bracket costs about $20 million against the tax. And when you look at how they’re gonna play, if Whiteside comes out there’s a very good chance Amar’e Stoudemire goes in and if Chris Bosh goes out there’s a very good chance — at least for now — Josh McRoberts goes in. So when you talk about fifth string and your big men and you still have Udonis Haslem because he’s never leaving, then I think you really have to consider Birdman sort of superfluous at $5 million.”

Players who have been reported to be on the trade block this offseason other than Andersen have been point guards Shabbaz Napier and Mario Chalmers.

Of those three aforementioned players, Andersen represents the biggest cap hit ($5 million) to a Heat team that’s already past the luxury tax line.

While he still provides energy off the bench, his value looks to have diminished as the Heat have moved on into a different era. Andersen played a key role for Miami as they advanced to the NBA Finals in 2013 and 2014, but the team has a completely different personnel compared to just a couple of years ago.

Last season the 37-year-old veteran averaged 5.3 points, five rebounds and a block per contest while appearing in 60 games and making 20 starts.
[xyz-ihs snippet=”Responsive-Ad”]