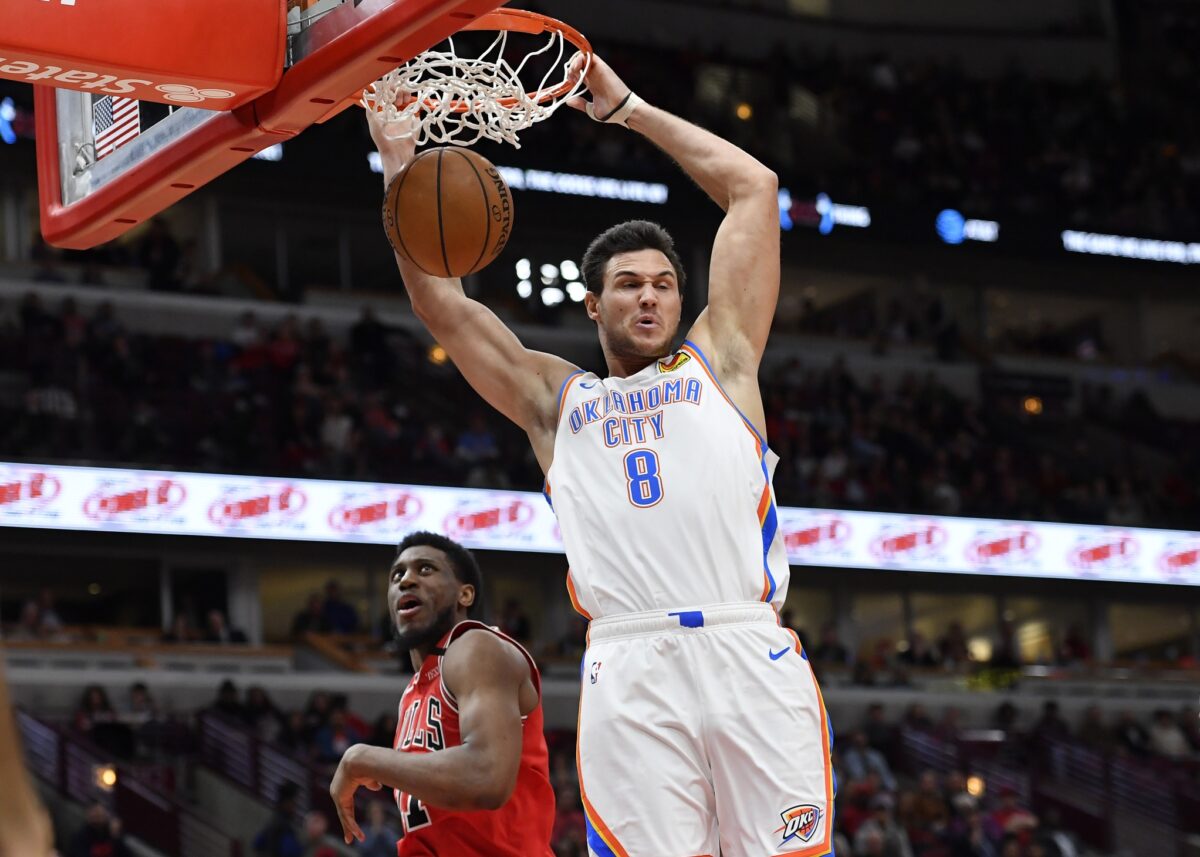 Gallinari is one of the better shooting big men in the league, as he shot 40.5 percent from 3-point range this past season and 89.3 percent from the free-throw line.

The Miami Heat reportedly could land Gallinari in free agency, but they would have to sacrifice a lot of last season’s team to do it.

The Sun Sentinel’s Ira Winderman broke down the path for Gallinari to get to Miami.

“The only way the Heat could come close to the $22.6 million Gallinari earned this past season would be moving on from Goran Dragic, Jae Crowder and the rest of the team’s impending free agents (Meyers Leonard, Derrick Jones Jr., Solomon Hill among them),” Winderman wrote. “A smaller contract for Gallinari could be carved out if Dragic were to return for a small salary decrease and Kelly Olynyk either were to bypass his $13.2 million 2020-21 player option or be rerouted in a trade should he opt in.

“Those machinations, however, would come at a cost of Crowder, altering the Heat’s ability to play more of a switching defense across the front line, which proved so effective against the Boston Celtics in the Eastern Conference finals.

“A sign-and-trade deal involving some of the Heat’s young pieces also could be possible, but would require a three-year contract for Gallinari, albeit with only the first season required to be guaranteed.”

While Gallinari certainly would be a welcome addition to the Heat team that made it to the NBA Finals this past season, it may not be worth the trade off.

Losing Dragic or Crowder, who both played important roles this past season, may not be worth the added scoring Miami would get from Gallinari.

With guard Kendrick Nunn struggling at the end of this past season, bringing back Dragic and Crowder may be the better move.

Gallinari is a great talent, but the path to bringing him to South Beach may decimate too much of Miami’s current core.