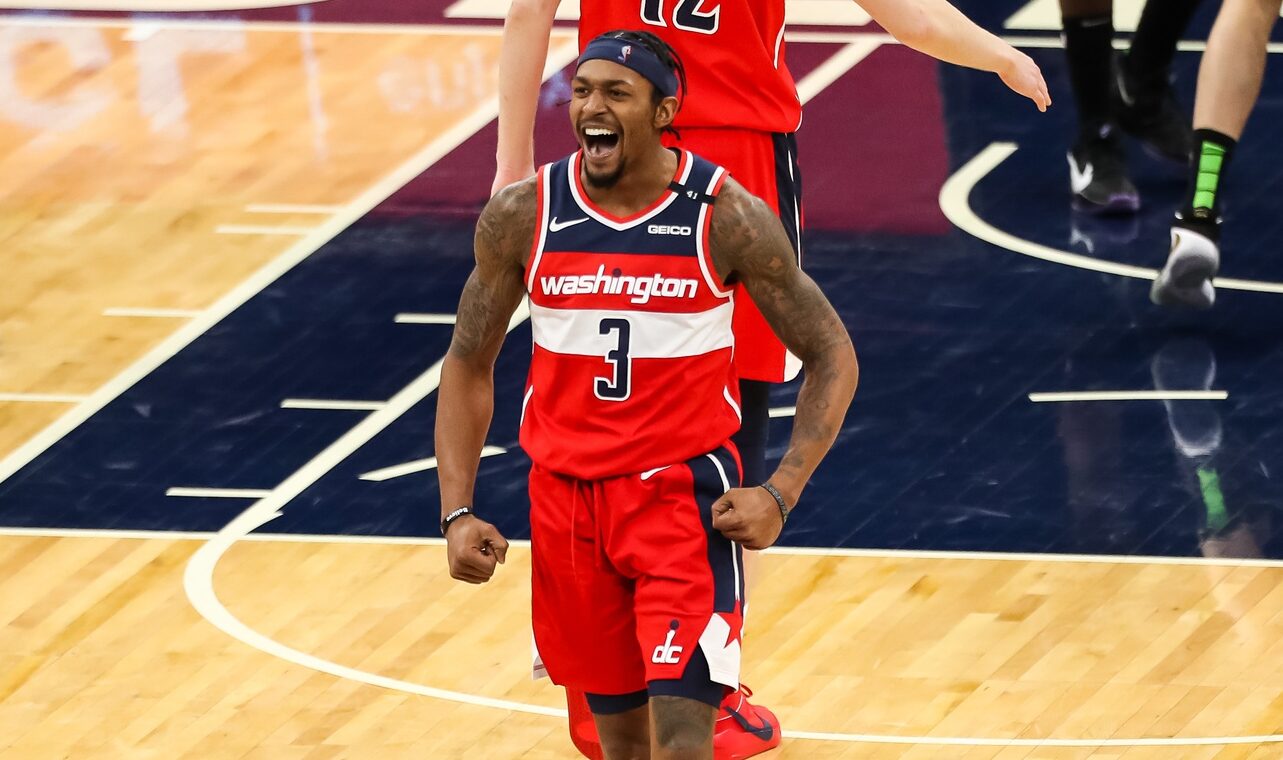 The Washington Wizards have struggled out of the gate this season.

At 1-5, Washington may not be a playoff team this season and could look to move an asset like Bradley Beal if it decides to try to rebuild for the future.

If that happens, the Miami Heat could potentially make a run at Beal. The Sun Sentinel’s Ira Winderman broke down how they could get a deal done.

“But if the rockin’ gets rocky, then note, as well, that when it comes to matching salaries in a trade, Beal earns $28.8 million this season (a simple Heat match with some combination of the salaries of Leonard, Kelly Olynyk, Andre Iguodala) and then $33.7 million next season (with the Heat with as much as $30 million in cap space to play with next summer),” Winderman wrote.

“Which, in the end, brings it back to a name previously seemingly in play with [Giannis] Antetokounmpo and [James] Harden: To Tyler Herro or not to Tyler Herro? That, again, could be the Heat question, with Friday’s loss in Dallas a reminder that a veteran go-to scorer is never a bad thing to have alongside.”

Would Miami part ways with Herro to get a more established star? That remains to be seen.

However, Beal would immediately slide in as arguably Miami’s best offensive threat.

Last season, the University of Florida product averaged 30.5 points per game. This year, he is averaging 31.2 points per game through the Wizards’ first six contests.

If Miami believes that its championship window is now, it could make sense to trade for an established star like Beal to pair with Jimmy Butler and Bam Adebayo.

Since Beal is just 27 years old, Miami could sign him to a long-term deal as well to pair with Adebayo moving forward.

But in the end, it depends on just how highly the organization views Herro and whether or not the Wizards will even make Beal available.