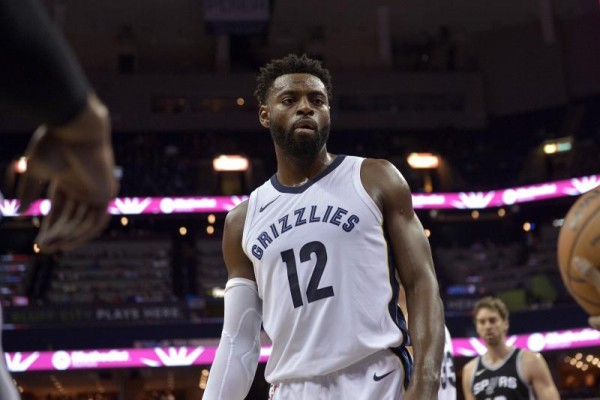 The Miami Heat have remained fairly quiet as the Feb. 8 NBA trade deadline fast approaches. That may all change in the coming days, however, as it is now being reported that they are looking to trade for Memphis Grizzlies guard Tyreke Evans.

Sean Deveney of Sporting News first reported Miami’s apparent interest in Evans, saying that bringing him to Miami would not only help strengthen its own roster, but would keep him out of the hands of its Eastern Conference rivals as well:

“With Dion Waiters out for the rest of the season after ankle surgery, the focus has been on acquiring some punch on the bench, and Miami has been chasing Memphis guard Tyreke Evans earnestly — it would have the double benefit of keeping Evans from the Celtics, who most around the league consider the frontrunners to land Evans.

“But the Heat owe their first-round pick this year to Phoenix, and the Grizzlies want a first-rounder for Evans. The Heat have been willing to trade third-year man Justise Winslow, but a straight deal of a 21-year-old like Winslow for a few months of Evans doesn’t make much sense for Miami.”

Evans would quickly become one of Miami’s most dangerous players coming off the bench. He is currently averaging 19.5 points, 5.0 rebounds, and 5.0 assists per game, marking some of his best overall production since he won the NBA Rookie of the Year award back in 2010.

Deveney also discussed possible rumors saying that Hassan Whiteside may be on the move.

“At this time of year, that will automatically get a guy like Whiteside included in the daily trade rumor mill,” he wrote. “But league sources tell Sporting News that a move involving Whiteside would be a long shot, because for all the frustration he gives to [Erik] Spoelstra, the Heat know how valuable he has been to their rise as a defensive force in the East, which has moved them into contention for one of the top three seeds in the conference. The Heat are 18-9 in their last 27 games, and have ranked third in defensive efficiency in that stretch.

One league source said that the only way he saw a possible Whiteside trade taking place is if Miami were able to upgrade at the same position.

“My sense is, the only way they would move him is if they could get an upgrade at the same position,” one league executive said. “They’re trying to get better in the short term, but they’re not out there trying to give Hassan away.”

With the trade deadline only days away, the Heat are going to have to move quickly if they intend to bolster their roster. While this season shows great promise in terms of the Heat claiming a playoff berth, it is clear that the front office hopes to do much more than just that by the time the 2017-18 campaign comes to a close.
[xyz-ihs snippet=”HN-300×250-TextnImage”]