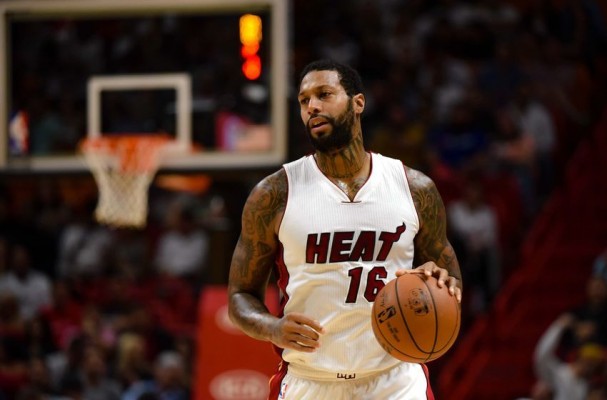 Ever since the Miami Heat‘s bittersweet season ended — as they just missed the 2017 NBA playoffs — the topic of discussion has been about the team’s pending free agents in James Johnson and Dion Waiters.

Although both players have expressed interest in staying in South Florida, the free agent market is expected to throw out a ridiculous amount of money at both players. While it’s hard to know for sure how much teams will offer, ESPN senior writer Zach Lowe predicted how much money fan favorite Johnson could earn this offseason:

.@ZachLowe_NBA told @LeBatardShow yesterday he can see James Johnson getting something like a 2-year deal for $25-28M. Still seems low.

Johnson, 30, had a career year in his first season with the Heat. In 76 games, mostly off the bench, the power forward put up a career-high 12.8 points, 4.9 rebounds and 3.6 assists per game. During the month of April, when the Heat were desperately fighting for a playoff spot, the veteran posted averages of 16.7 points, 6.3 rebounds and 5.7 assists per contest.

While the forward may have multiple other offers coming his way, Johnson recently said that he thinks of Miami as “home” and said he felt passionate about the Heat. A feeling of home, however, has not been something Johnson has felt on a regular basis. The Sixth Man of the Year candidate has played with five different different teams over the course of his eight-year career.

He’ll look to make Miami his home in July when free agency begins and both sides can officially negotiate a contract.
[xyz-ihs snippet=”Responsive-ImagenText”]