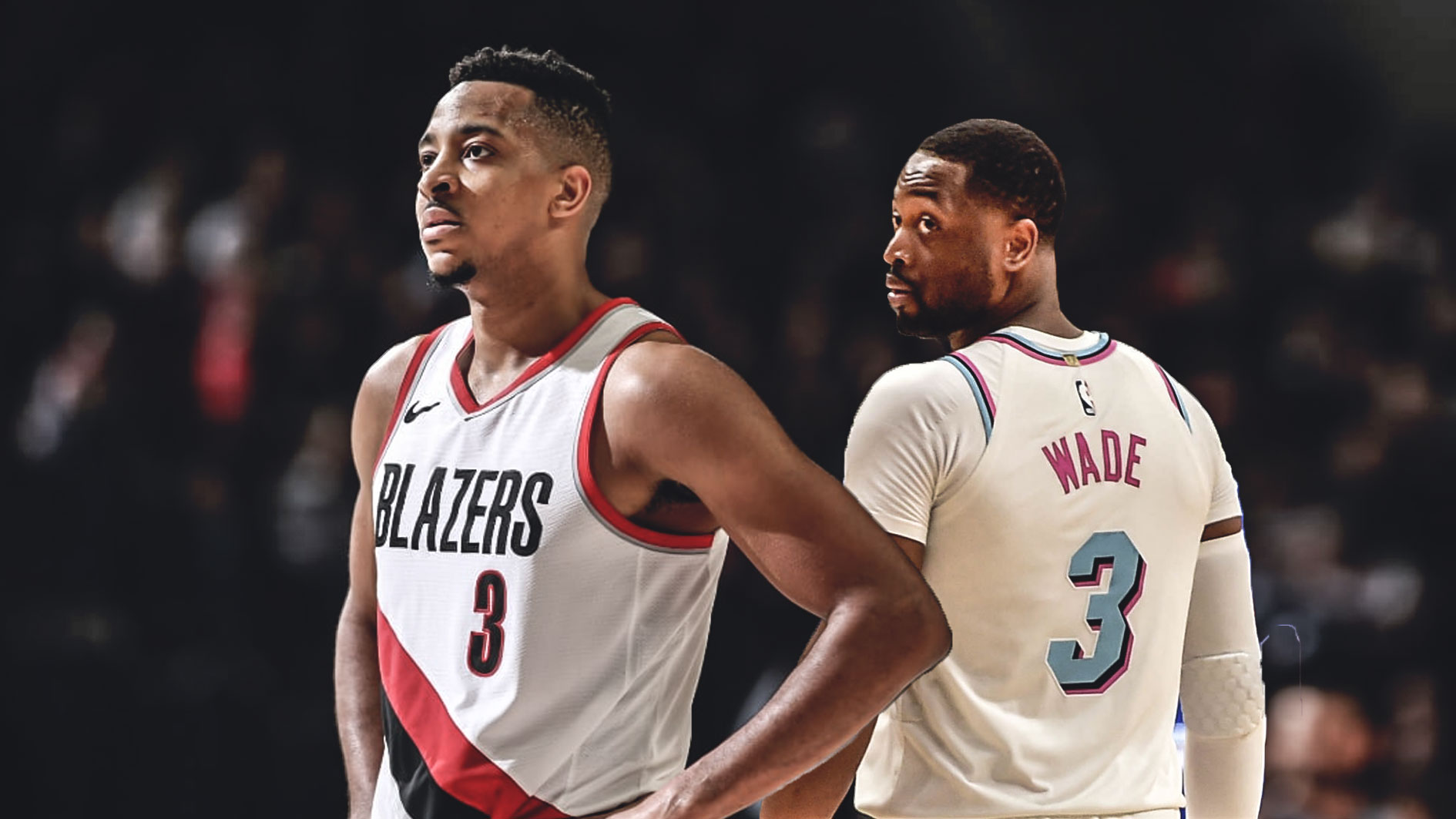 The Portland Trail Blazers have been the surprise of the 2019 NBA Playoffs.

After dominating the Oklahoma City Thunder in the first round, they went on to defeat the Denver Nuggets in a gritty seven-game series.

Now, they’re facing off against the defending champion Golden State Warriors in the Western Conference Finals.

Much of that success is thanks to star guard C.J. McCollum, who has taken his game to another level as of late. As it turns out, part of that ascension may have something to do with Miami Heat legend Dwyane Wade.

According to Jamie Hudson of Yahoo! Sports, Wade has been mentoring McCollum throughout his team’s playoff run.

“For McCollum, he has learned how to balance emotions and life in general from his friend and NBA champion Dwyane Wade,” Hudson wrote.

“McCollum has been talking to Wade often especially this postseason.”

McCollum broke down how Wade has helped him approach the playoffs the right way.

“I was talking to D-Wade last night about that and what it takes to win a championship,” McCollum said. “He was just telling me how the role players — how important they’re going to be going forward, each round as you advance they’re going to be more important… You have to have a deep team with guys prepared to play.”

McCollum helped lead his team to the conference finals in a big way, scoring 30 points in a must-win Game 6 and scoring 37 points in Game 7.

He faltered a bit in Game 1 of the conference finals, scoring just 17 points in his team’s 116-94 loss to the Warriors, but the series is far from over.

Luckily for McCollum, Wade is just a phone call away.

“When I have questions, I hit him [up],” he said. “I reach out to him. I told him I need to ask him as many questions as possible… You’re talking about one of the greatest players to have ever played the game. I told him I wanted to be great consistently and I need to be able to talk to him to figure out how he was able to sustain it – not just basketball, but life, like off the court stuff.”