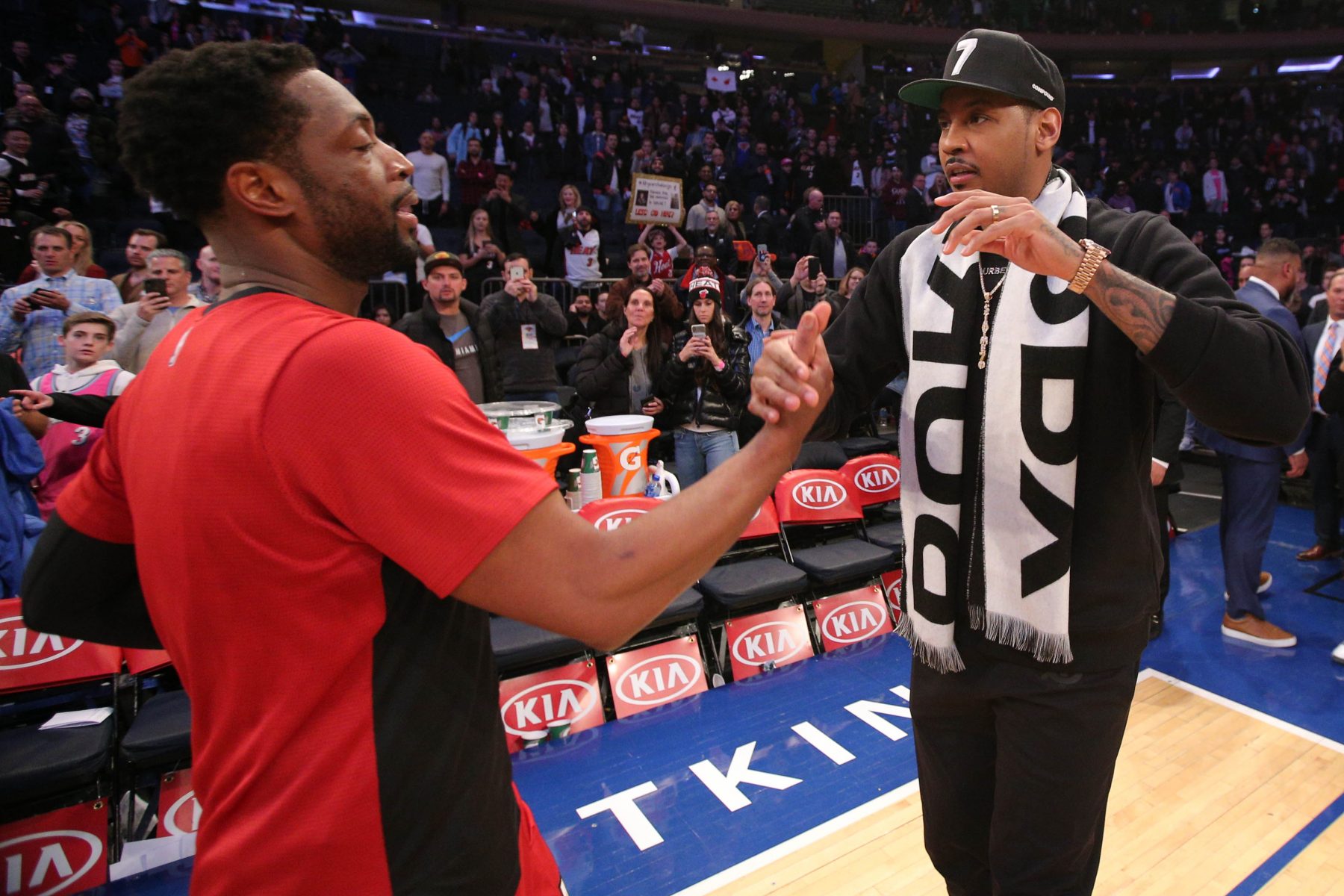 The career of veteran NBA forward Carmelo Anthony has gone from being the third overall pick in the 2003 NBA Draft to possibly seeing his career end because of a lack of interest from the league’s teams.

Former Miami Heat guard Dwyane Wade is expressing disappointment that his close friend is currently not being given an opportunity to continue playing.

Wade spoke about Anthony’s current plight and indicated that the perceived image around the league of Anthony being selfish is incorrect. In addition, Wade pointed out that Anthony could turn out to be an asset for the team that takes a chance on him.

“He’s a brother of mine and a great friend and I’m just very disappointed that he’s not in the NBA because he doesn’t deserve that as a person,” Wade said. “Melo is one of the best individual people I know and a lot of people don’t know that because things that have been said about him in the past. Hopefully he gets an opportunity to be with a team this season because he has a lot to still offer the right team in the right role and the right situation. I want him to be able to end his career the way he wants to end it. He deserves that as someone who has carried the torch for this game and done so much for the league and Team USA in the Olympics. He deserves better than this.”

Anthony has been a member of 10 All-Star teams and also earned three Olympic gold medals for Team USA. However, recent years have seen a decline in production for the 35-year-old veteran, who was technically on four NBA teams in the span of six months, beginning in July 2018.

Traded to the Atlanta Hawks from the Oklahoma City Thunder, Anthony was soon released. He then signed to play for the Houston Rockets, but after seeing action in only 10 games, he was dealt to the Chicago Bulls, who released him before he ever played a game.

One rumored destination for Anthony is the Brooklyn Nets, with new additions Kyrie Irving and Kevin Durant supposedly championing his cause. With time getting short before NBA training camps, there’s no current indication that the Nets will sign Anthony. However, given the apparent lack of interest elsewhere, there doesn’t appear to be a rush in that area.